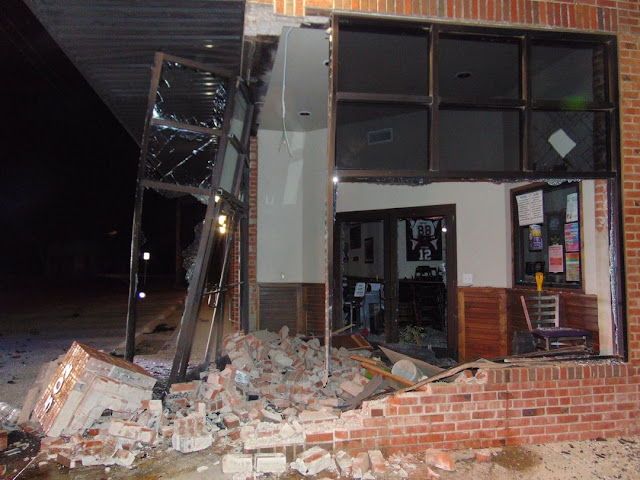 Early Thursday morning, a Canyon Police Officer observed a vehicle prowling in a residential neighborhood. While the officer was watching the vehicle, the driver committed a traffic violation. The officer attempted to stop the vehicle for the traffic violation but the driver refused to stop and a pursuit ensued.
The pursuit continued for approximately four blocks. As the driver drove south on 15th Street, the driver lost control of the vehicle and crashed the vehicle into the Joe Taco Restaurant at 502 15th Street.
Canyon Fire and BSA EMS responded to assist. The building suffered extensive damage. The driver of the car was the only occupant.
The driver, 18 year-old Arin Finn Grossarth, was transported to a local hospital. After being treated at the hospital, the driver was arrested and charged with Driving While Intoxicated and Evading in a Motor Vehicle. The driver has been booked into the Randall County Jail.
There were no other injuries in this incident.
Local