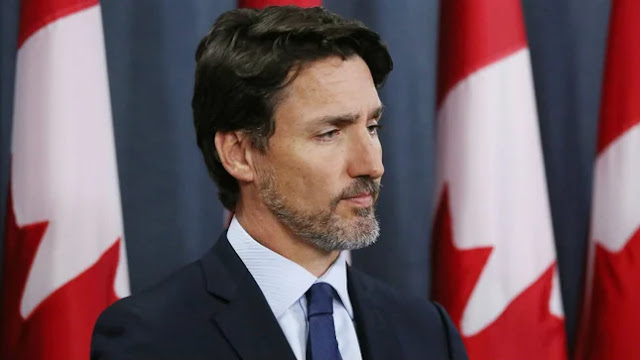 Canada is expected to pass sweeping gun reform legislation, including a measure that allows municipalities to ban handguns.
Canadian Prime Minister Justin Trudeau announced the new measures on Tuesday, a sweeping package that builds on a ban of more than 1,500 assault-style firearms.
Trudeau said at a news conference on Tuesday that the country would move forward with a buyback program “in the coming months.”
The proposals include the Canadian government supporting municipalities that restrict storage and transportation of handguns within their boundaries. Breaching these bylaws would carry a maximum penalty of two years in prison and a possible revocation.
Another proposal would create “red flag” and “yellow flag” laws that would make it easier for concerned friends and relatives to petition courts for the immediate removal of a firearm or to ask a chief firearms officer to suspend and review a person’s license for firearms.
In addition, the bill would increase penalties for firearms trafficking and smuggling from 10 years to 14 years in prison, as well as allow the Royal Canadian Mounted Police and local law enforcement to share licensing and registration data to investigate or prosecute firearms trafficking offenses.
“You can’t fight gun violence or any violence on just one front,” Trudeau said. “You can’t fight it without addressing its root causes.”
The measures come as gun reform measures that were passed in June 2019 are expected to take effect. Those measures include requiring sellers to verify a firearms license before a purchase and expanded background checks that consider an applicant’s lifetime history.
World