Biden speaks with Saudi king ahead of release of Khashoggi report 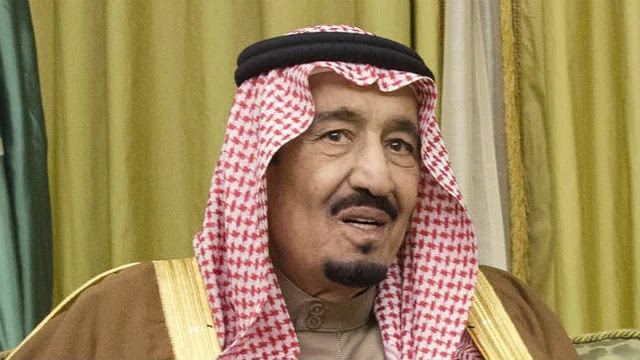 President Biden on Thursday spoke with Saudi King Salman ahead of the anticipated release of a U.S. intelligence report on the killing of journalist Jamal Khashoggi that is expected to implicate the king’s son, the Saudi crown prince.
The White House readout of the call made no mention of Khashoggi, but said the two leaders “affirmed the importance the United States places on universal human rights and the rule of law.”
“The President told King Salman he would work to make the bilateral relationship as strong and transparent as possible,” the readout stated. “The two leaders affirmed the historic nature of the relationship and agreed to work together on mutual issues of concern and interest.”
The United States is expected as early as Thursday night to release an unclassified report outlining the circumstances of Khashoggi’s death. Khashoggi, a Washington Post columnist and Saudi dissident who lived in Virginia, was lured to the Saudi consulate in Istanbul in 2018 where he was attacked, killed and dismembered.
Crown Prince Mohammed bin Salman, the day-to-day ruler of the Kingdom and heir apparent, denied direct knowledge of Khashoggi’s murder while at least eight Saudi officials were arrested and put on trial in the Kingdom. Yet the crown prince said in a 2019 interview he ultimately bore responsibility because the killing happened under his watch.
The expected declassified report from the Office of the Director of National Intelligence (ODNI) reportedly concludes that Prince Mohammed ordered Khashoggi murdered, Reuters reported Thursday. The Post reported in 2018 that the CIA concluded that the crown prince ordered Khashoggi’s assassination. Khashoggi had been critical of the Saudi government in his columns.
The U.S. was reportedly waiting to release the report until after Biden had a chance to speak with the Saudi king.
An ODNI spokesperson responded to a request for comment from The Hill on Thursday saying “we have no update to offer on timing, content, or process matters related to the release.”
During their call, Biden and the Saudi king also discussed the United States’s efforts to end the war in Yemen and its commitment to help the Kingdom defend its territory from Iranian-aligned groups.
Biden welcomed the recent release of several Saudi Americans as well as prominent women's rights advocate Loujain al-Hathloul, with the White House noting the importance the U.S. places on universal human rights and the rule of law.
The Saudi-Americans who were released last month, including physician Walid al-Fitaihi, Bader al-Ibrahim and Salah al-Haider, are still awaiting trial in Saudi Arabia on charges that human rights groups have criticized as efforts to stifle speech that is critical of Saudi policies.
The call between Biden and King Salman followed an earlier call Thursday between Secretary of State Antony Blinken and his Saudi counterpart Foreign Minister Faisal bin Farhan Al Saud. The secretary “discussed the importance of Saudi progress on human rights” but did not directly address Khashoggi, the State Department said.
The Biden administration has said it plans to “recalibrate” its approach to relations with the Saudis after the Trump administration prioritized diplomacy with the Kingdom. Trump’s first foreign trip as president was to Saudi Arabia, and he largely brushed away allegations that the crown prince was involved in Khashoggi’s death, citing the valuable economic relationship between the two countries.
White House press secretary Jen Psaki said at a Thursday press briefing that there are “a range of actions that are on the table” to hold the Saudis accountable for Khashoggi’s death, but that Biden would first have to speak to King Salman.
State Department spokesperson Ned Price said in a briefing with reporters that the department is likely to “speak to steps to promote accountability going forward for this horrific crime” following the release of the report.
National