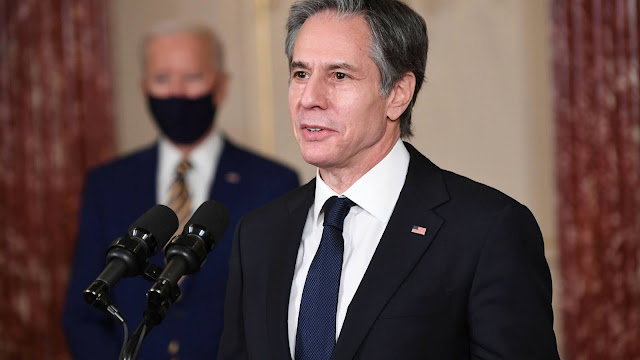 The U.S. on Wednesday officially announced its intent to seek election to the U.N. Human Rights Council after departing the body under the Trump administration, Secretary of State Antony Blinken said.
A statement from the secretary indicated that the U.S. would hope to rejoin the council at the beginning of next year. The election of new members to the council takes place in October.
"Today, the administration took an important step in that direction by announcing the U.S. intent to seek election to a seat on the UN Human Rights Council starting in January 2022. The United States has long been a champion of human rights. If elected to the Human Rights Council, we will use the opportunity to be a leading voice within the Council for promoting respect for human rights," he said.
Blinken's statement went on to acknowledge "challenges" with the council, including accusing it of harboring "unacceptable bias against Israel," which the Trump administration cited as one reason for exiting the council in 2018.
"However, improving the Council and advancing its critical work is best done with a seat at the table," Blinken concluded. "We seek to return to the Human Rights Council to stand shoulder-to-shoulder with our allies and partners to ensure that this important body lives up to its purpose. We do so with determination to listen, learn, and work toward a world in which human rights are universally respected."
The move, which follows Blinken's announcement earlier this month announcing the intended move, comes as a direct rebuke to the foreign policy arm of the Trump White House, which had lobbied against the decision in recent weeks.
Former U.S. Ambassador to the United Nations Nikki Haley warned President Biden against making the move in January, claiming at the time that rejoining the council would "fly in the face of our fight for human rights."
World