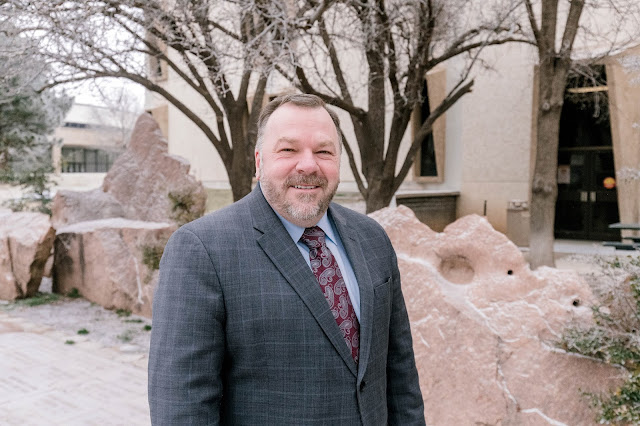 Donny Hooper, an individual with more than two decades of experience in public works, has been named Director of Public Works for the City of Amarillo (COA). Hooper was officially introduced as director of public works to Amarillo City Council today (February 9). He succeeds Raymond Lee, who resigned.
Hooper has been employed with COA as the assistant director of public works since June of 2018.  Prior to joining the COA, Hooper served as the director of public works for the City of Pampa, where he spent 22 years of his 25 year-career in public service.
Hooper has more than 20 years of management experience in Public Works, including with departments such as Solid Waste, Landfill, Streets, Traffic, Drainage, Engineering, Water, Waste Water, Building Safety and others.
“Donny Hooper has a proven and impressive track record of leadership and experience in Public Works,” said COA Manager Jared Miller. “Public Works provides a vast array of services to the public. Donny has a superior understanding of the intricacies and specifics of these services, as evidenced during his time as assistant director of public works. Donny’s leadership will be a great asset to the city and the community.”
Hooper’s qualifications include earning the designation of certified public manager (from Arizona State University) and numerous emergency management certifications. He currently serves on the Texas Emergency Management Response Team and was the Operations Section Chief for the COA Incident Management Team during the city’s initial COVID-19 response.
Local