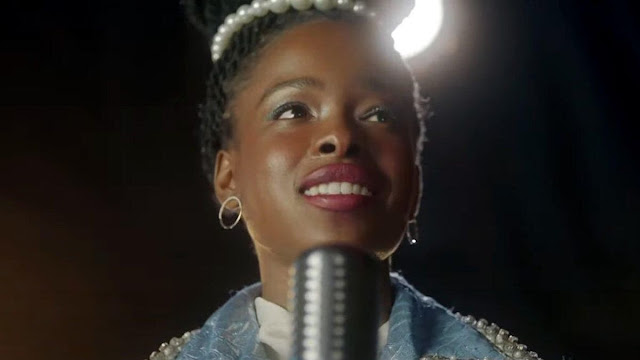 Poet Amanda Gorman drew widespread acclaim after delivering an original poem Sunday ahead of Super Bowl LV.
The poem, titled “Chorus of the Captains,” celebrated three “community heroes” chosen by the NFL to serve as honorary captains at Sunday's game, including educator Trimaine Davis, Nurse Manager Suzie Dorner and Marine Corps veteran James Martin.
“Today we honor our three captains. For their actions and impact in a time of uncertainty and need,” Gorman read on Sunday.
“They’ve taken the lead. Exceeding all expectations and limitations, Uplifting their communities and neighbors. As leaders, healers and educators,” she continued.
A slate of celebrities and other Twitter users took to social media to laud Gorman for her poem on Sunday.
The NFL announced last month that the league would honor Davis, Dorner and Martin as honorary game captains in an effort to thank essential workers at the game amid the ongoing coronavirus pandemic.
The trio participated in the on-field coin toss ceremony.
Davis is an educator who ensured “both his students and members of their households had devices and internet access to help bridge the digital divide,” as many schools went online during the coronavirus pandemic. He secured hotspots, laptops, and tablets for his students, in addition to hosting tech workshops for families, according to an NFL statement
Dorner is the COVD ICU Nurse Manager at Tampa General Hospital. Two of her grandparents have died from COVID-19 during the pandemic.
Martin has worked to support “veterans, high school athletes and local youth” in Pittsburgh, Penn., according to the NFL statement. He has connected over 1,800 veterans and their families virtually through the Wounded Warrior project, in addition to livestreaming every home football game for Aliquippa High School.
Gorman is the youngest presidential inaugural poet in U.S. history. She rocketed to fame last month after reading her poem “The Hill We Climb,” at President Biden’s inauguration.
The poet on Sunday tweeted that “Poetry at the Super Bowl is a feat for art & our country, because it means we’re thinking imaginatively about human connection even when we feel siloed."
National