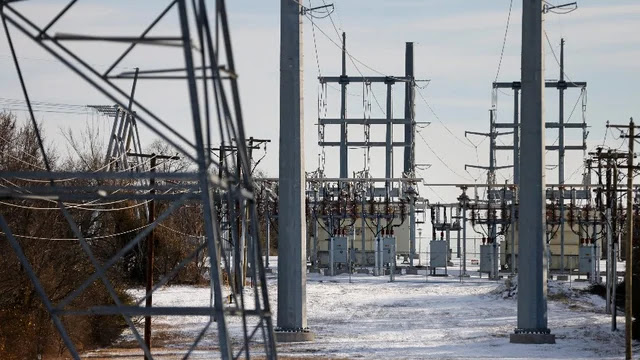 Bethany Blankley
In the wake of severe winter weather and failed energy production continuing to leave Texans without power and water, Gov. Greg Abbott has issued several waivers and suspended many state regulations to enable different industries to provide emergency services.
One waiver suspends certain regulations to help facilitate the preparation and delivery of food, allowing individuals and groups to use unlicensed kitchens to prepare meals to donate to Texans so long as they follow the Department of State Health Services’ (DSHS) guidance on food safety.
DSHS also waived certain regulations related to the intake and transfer of those living in assisted living facilities, nursing facilities, and other long-term care facilities, waiving some capacity limitations, and providing flexibility for paperwork and processes, among other measures.
The governor also waived some regulations for certain registered and qualified plumber's apprentices in Texas, allowing them to temporarily perform plumbing repairs to help with broken pipes and other related damage from the severe winter weather. The Texas State Board of Plumbing Examiners announced it has identified an additional 500 licensees who are capable of performing plumbing under general supervision to increase availability for repairs.
Abbott also waived several regulations related to transportation. One enables trucks normally delivering alcohol to be allowed to deliver non-alcoholic grocery supplies, including bottled water and other necessities, to grocery stores. Another suspended size, weight and hours-of-service requirements, in addition to other regulations to allow more commercial trucks to get on the road to deliver supplies.
The National Guard has been unloading water and other resources to distribute to communities in Texas. The state has deployed trucks and aircraft to deliver water to communities; 162 trucks have so far delivered two million bottles of water; 1.4 million bottles by plane and helicopter to be distributed by local officials.
The governor also held an emergency meeting with members of the legislature to address skyrocketing energy bills residents are reporting due to a temporary spike in the energy market.
“It is unacceptable for Texans who suffered through days in the freezing cold without electricity or heat to now be hit with skyrocketing energy costs,” Abbott said.
The legislative leaders say they are working quickly to calculate the total cost of spiking electric bills and to determine how the state can reduce consumers’ costs.
The Public Utility Commission has issued a moratorium on customer disconnections for non-payment and will temporarily restrict providers from issuing invoices to ensure that the state has time to address skyrocketing bills and develop a solution.
Abbott requested a Major Disaster Declaration for Individual Assistance from the White House for all 254 Texas counties on February 13. On February 20th, the White House partially approved Texas' request, granting a disaster declaration for 77 counties.
Two days later, it approved another 31 counties, making the total 108 out of 254.
FEMA has asked the state for additional information related to damage reported in the counties that have not received a disaster declaration.
The governor is urging Texans to fill out a Texas Individual Assistance Reporting Tool (TIART) to help the state identify damages caused by winter weather.
Texas