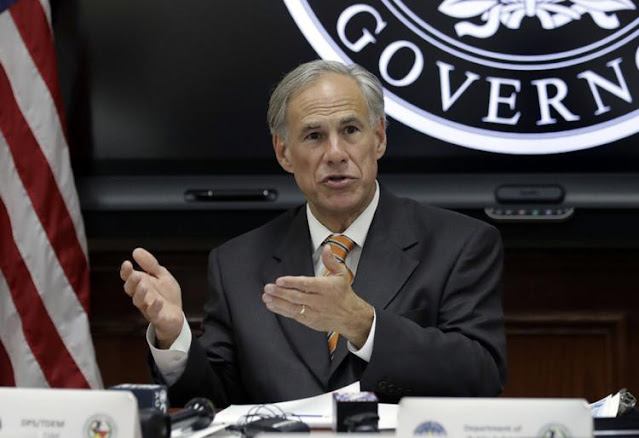 By Bethany Blankley
In his state of the state address Monday night, Gov. Greg Abbott pledged to balance the budget without raising taxes.
Instead of giving the speech before the Legislature at the Capitol, remarks were televised during prime time and streamed online from Visionary Fiber Technologies in Lockhart, Texas.
Some of his remarks reiterated claims he’s made over the last few month in news conferences but some of them were new, including listing specific items he intends to prioritize this legislative session.
Under state law, the governor controls which bills can be fast-tracked through the Legislature. Calling them emergency legislative items, Abbott listed key priorities including expanding broadband access statewide, ensuring police departments are funded, protecting the unborn, and protecting First and Second Amendment rights, among other priorities.
With the expanded need for telemedicine, Abbott said “broadband is not a luxury – it is an essential tool that must be available for all Texans.”
Regarding funding police, Abbott said, “We will not let Texas cities follow the lead of cities like Portland, Seattle, and Minneapolis by defunding the police. That's crazy.
“We will support our law enforcement officers, not demonize and defund them. Defunding law enforcement invites crime and chaos into communities. It risks the lives and livelihoods of innocent people. To keep Texans safe, and to discourage cities from going down this dangerous path, we must pass laws that prevent cities from defunding police.”
An emergency legislative item not discussed recently was religious freedom, which Abbott included in his speech Monday night. He said “… some government officials across the country shut down churches during the pandemic. Even in Texas, some local officials tried closing churches. That is wrong. We must ensure that freedom to worship is forever safeguarded.
“I want a law this session that prevents any government entity from shutting down religious activities in Texas.”
He also addressed Second Amendment concerns, calling for Texas to become a Second Amendment sanctuary state.
“Politicians from the federal level to the local level have shouted: ‘Heck yes, the government is coming to get your guns,’” he said.
“We won’t let that happen in Texas,” Abbott, who signed 10 gun protection laws last session, added.
“This session we need to erect a complete barrier against any government office anywhere from treading on gun rights in Texas. Texas must be a Second Amendment sanctuary state.”
Other emergency legislative items he mentioned include a bill on election integrity, civil liability protections for individuals, businesses, and health care providers, making permanent some of the regulatory relief he authorized last year, and “a law that ensures that the life of every child will be spared from the ravages of abortion” and a law that “no unborn child should be targeted for abortion on the basis of race, sex or disability.”
The governor made no mention of any plans to fully reopen the state, end the emergency order he issued last March, or the statewide mask mandate he said he would consider lifting last year when “a better alternative became available.”
Instead, he said he would work with the Legislature “to find ways to navigate a pandemic while also allowing businesses to remain open.”
Texas