Abbott meets with small business leaders as critics say it's too little, too late 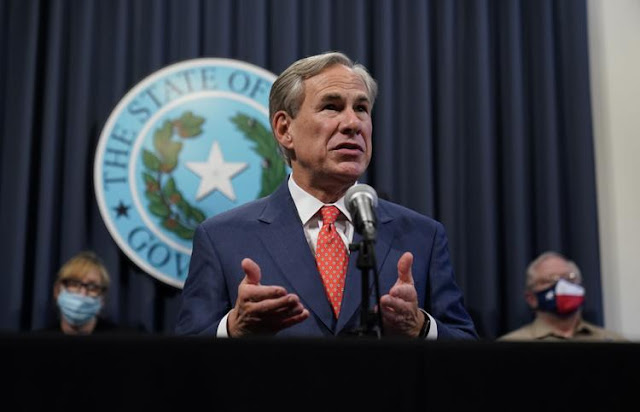 By Bethany Blankley
Gov. Greg Abbott met with small business owners of a plant and gardening store and a landscaping company Thursday in Dallas to discuss his small business legislative priorities.
The governor and attendees discussed the need for COVID-related civil liability protections for small businesses and reducing red tape and regulatory burdens, two legislative priorities the governor addressed in his state of the state address and budget proposal.
They also discussed the need for broadband expansion, more job training and workforce development, and ways in which the legislature cansupport small businesses.
Ruibal's Plants of Texas was chosen as a location, the governor’s office said, in order to “hear firsthand about the challenges that small businesses face and to develop solutions that elected officials in Austin” can address.
But critics note that outdoor plants, gardening and landscaping businesses were identified as essential and could remain open in the governor’s executive order that first shut down the state last March. While these businesses experienced little-to-no restrictions, other small businesses deemed nonessential were excluded from the roundtable discussion.
When asked about a timeframe to reopen Texas, the governor said his office was continuing to monitor COVID-19 data on a daily basis.
On Wednesday, the lowest number of people in two months were reported hospitalized for COVID-19 symptoms in Texas, the governor said, and the state has had the lowest positivity rate since late November.
“We believe that increased vaccinations across the state will lead to reopening Texas up soon,” Abbott said. More restrictions could be lifted relatively soon if the numbers continue along the same rates.
Yet Abbott continues to receive criticism for not reopening the state and for continuing to change the parameters for when and how he would do so.
The best way to help small businesses is to fully reopen Texas, critics argue. “Instead, Governor Abbott is locking businesses back down,” Houston-based attorney Jared Woodfill, who has filed multiple lawsuits against the governor, told The Center Square.
“The hundreds of bar owners and restaurants I represent have been sentenced to bankruptcy while these same folks continue to pay Abbott’s salary, provide him his mansion, guarantee his health care, and foot the bill for his driver. How can a politician be so tone deaf to the needs of the people he is supposed to represent?”
When it comes to introducing legislation regarding liability protections for small businesses, JoAnn Fleming, executive director of Grassroots America - We the People, told The Center Square that Abbott’s pledge is too little too late.
“Liability protections for ‘mom & pop’ small businesses and permanent suspension of regulations could have already been passed by the legislature and enacted long before now," Fleming said. "Untold thousands of small businesses would still be alive and thousands of jobs saved if the governor had not single-handedly determined who was essential and who was not. The thousands of lives ruined by the governor's continued shutdown cannot be papered over with a political speech. And that is a very sad reality.”
More than 9,000 businesses in Texas closed as a result of the state’s shutdown, according to an estimate by Yelp. The numbers are likely far higher. More than 1,500 Austin small businesses recently closed their doors permanently, with another 1,000 in nearby Round Rock and similar numbers in surrounding suburbs.
“It is important to remember the majority of the closures have been small, often family-owned businesses,” Jason Ball, president and CEO of the Round Rock Chamber, told The Center Square. “When one of these businesses has to close its doors, it is not only felt in the community, but by the entrepreneurs, employees and families impacted.”
Since March 14, the Texas Workforce Commission has processed 7.1 million unemployment claims, totaling $40.6 billion, the most the state has processed and paid out in state history since it began recording unemployment data and administering unemployment assistance.
Texas