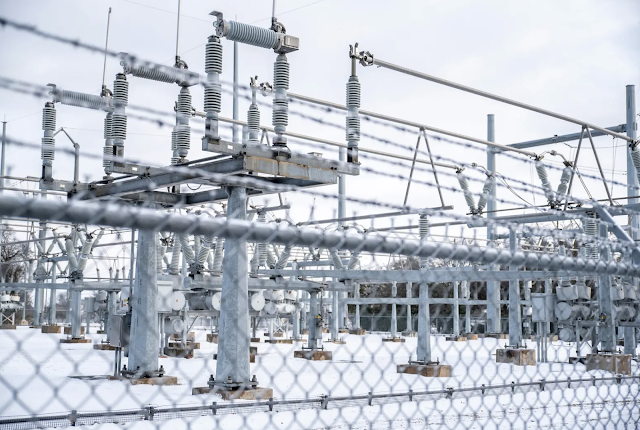 Texas Gov. Greg Abbott (R) announced on Sunday that the Public Utility Commission of Texas will order a hold on power disconnections for nonpayment after thousands of people received massive bills following a winter storm that resulted in service disruptions to millions last week.
“We will not end this session until ERCOT is fully winterized so we do not go through this again,” Abbott said, according to the Dallas Morning News, referring to power grid operator the Electric Reliability Council of Texas.
Abbott said he met with lawmakers in both parties at the Texas State Capitol over the weekend to discuss the crisis.
“Our absolute top priority as a commission and a state is protecting electricity customers from the devastating effects of a storm that already affected their delivery of power,” commission Chair DeAnn Walker said in a statement. “The order and directives are intended to be temporary, likely through the end of this week, to address the potential financial impacts that are especially challenging during this extremely difficult time.”
ERCOT, which manages the grid that provides power to the vast majority of the state, is back online after days of rolling blackouts following the devastating winter storm and record cold snap in the Lone Star State.
The disaster has reportedly caused multiple deaths and led wholesale energy prices to more than quadruple in some cases.
NBC News reported one man received an energy bill for more than $17,000 for a house he owns last week despite lights and other utilities at the property being turned off.
President Joe Biden late last week signed an emergency disaster declaration for the state, freeing up federal funding to help people affected by the crisis.
"The current plan is that the federal assistance will help homeowners, both with the repair ... and with the utilities' cost," Rep. Michael McCaul (R-Texas) said on Sunday.
About 23,000 people in Texas remained without power as of Sunday afternoon, the Dallas newspaper reported.
Abbott added during his press conference in San Antonio on Sunday that the state has delivered almost 3.5 million bottles of water to communities in the state.
Size, weight and hours-of-service requirements have also been suspended to get more commercial trucks on the road to deliver supplies, he said, and unlicensed kitchens have been allowed to prepare meals to donate to Texans as long as they abide by state guidance.
Abbott added that the state has also provided MREs, blankets and generators communities.
Texas