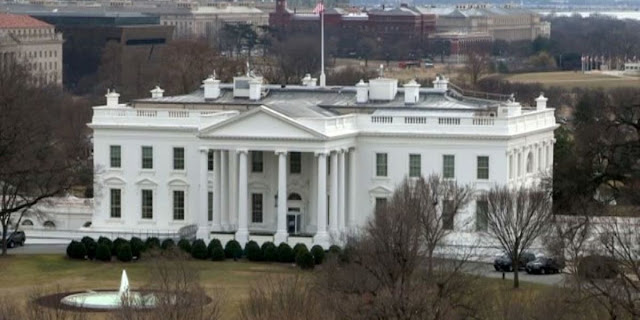 Multiple White House aides resigned Wednesday in the aftermath of violent riots at the Capitol involving supporters of President Trump, with additional departures expected in the coming days.
Stephanie Grisham, the chief of staff to first lady Melania Trump and former White House press secretary, was the first announced her resignation. Deputy press secretary Sarah Matthews resigned a short time later, as did White House social secretary Rickie Niceta, a White House official confirmed.
“I was honored to serve in the Trump administration and proud of the policies we enacted. As someone who worked in the halls of Congress I was deeply disturbed by what I saw today," Matthews said in a statement. "I’ll be stepping down from my role, effective immediately. Our nation needs a peaceful transfer of power."
Grisham's statement did not specifically mention the violence on Wednesday, but she was reportedly moved to step down because of the events at the Capitol.
Additional aides are reportedly considering resigning, including national security adviser Robert O'Brien and deputy national security adviser Matthew Pottinger. O'Brien broke with Trump earlier in the day by tweeting his support for Vice President Pence stating that he could not unilaterally reject electors for President-elect Joe Biden.
NBC News reported Transportation Secretary Elaine Chao is also considering resigning. Chao is married to Senate Majority Leader Mitch McConnell (R-Ky.).
The wave of departures, combined with condemnations from some Trump allies, amount to a clear rebuke of the president's behavior on what may be the darkest day of his presidency.
After weeks of Trump falsely claiming that he had won the 2020 presidential election and that it was "stolen" and "rigged," thousands of his supporters arrived in Washington, D.C., on the day Congress was to certify the Electoral College results and affirm Biden as the next president.
Trump, at a rally on the White House Ellipse, further stoked the flames of conspiracy and urged his supporters to march to the Capitol and make their voices heard.
"You'll never take back our country with weakness," Trump said. "You have to show strength and you have to be strong. We have come to demand that Congress do the right thing and only count the electors who have been lawfully slated."
"I know that everyone here will soon be marching over to the Capitol building to peacefully and patriotically, make your voices heard today," he added.
A short time later, Trump supporters overwhelmed law enforcement outside the Capitol and breached the building. Lawmakers, staff, press and Pence were all evacuated or ordered to shelter in place. One woman was shot and killed in the mayhem.
Current and former White House officials pleaded with Trump to call on the rioters to stop or to condemn the violence. After two tweets calling for calm, which former aides deemed insufficient, and another lambasting Pence, Trump issued a video message in which he did not condemn the violence but told his supporters to "go home," while repeating his claims of election fraud.
"This was a fraudulent election, but we can’t play into the hands of these people," he said, further stoking the conspiracy that caused the violence in the first place. "We have to have peace. So go home. We love you. You’re very special. You’ve seen what happens. You see the way others are treated that are so bad and so evil. I know how you feel. But go home and go home in peace."
While Trump only has two weeks left in his term, his actions and the subsequent mob at the Capitol have spurred discussions about whether he should be removed from office before then.
CBS News reported there were preliminary discussions of invoking the 25th Amendment, which would require a majority of Cabinet officials and the vice president to sign off on removing Trump from office.
Several Democrats have also backed impeaching Trump again, though party leaders have tamped down that idea given the expedited time frame it would require, and it's unclear if enough Republicans would vote to convict the president in the Senate.
National