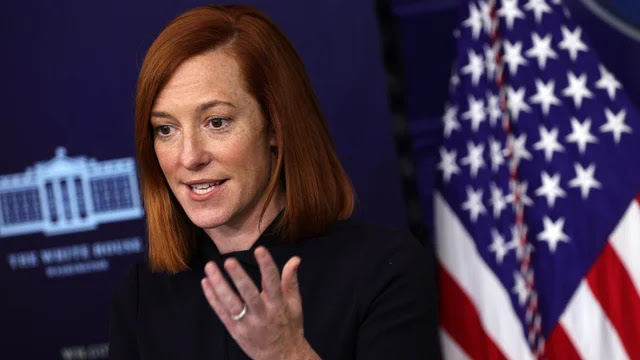 White House officials on Thursday shot down the idea of passing a proposed coronavirus relief package piece by piece amid difficulty getting Republican support for the legislation.
Multiple officials signaled the administration had no intention of breaking the $1.9 trillion package up after Politico reported in its Playbook newsletter that White House officials were prepared to pass individual portions of the larger proposal if certain pieces could garner 60 votes to pass in the Senate with GOP support.
"The needs of the American people are urgent from putting food on the table, to getting vaccines out the door to reopening schools. Those aren’t partisan issues," press secretary Jen Psaki tweeted. "We are engaging with a range of voices—that’s democracy in action—we aren’t looking to split a package in two."
"Despite what you may have read this morning, we aren’t planning to split the Rescue Plan in two. We believe the American people need all of the help it will provide — now," White House communications director Kate Bedingfield tweeted.
"The needs of the American people aren’t partial; we can’t do this piecemeal," tweeted Brian Deese, the head of the National Economic Council and one of the key administration figures involved in negotiations.
Deese and other White House officials have met in recent days with lawmakers in both parties to discuss the White House relief package, which includes funding for vaccine distribution, aid for state and local governments, money for businesses and $1,400 direct payments for most Americans.
But Republican senators in particular have indicated they do not support such a large package at this time, pointing to the relief bill Congress passed in late December. The skepticism of Sens. Mitt Romney (R-Utah) and Susan Collins (R-Maine), two more moderate Republicans who are seen as potential partners for the administration, has led to questions about whether the bill will get any GOP support.
That has led to pressure to pass the bill via reconciliation, wherein Democrats could pass it with a simple majority in both chambers through a budget measure.
President Biden and other White House officials have indicated they are willing to wait a couple weeks to see where negotiations lead.
"I don’t expect we’ll know whether we have an agreement or to what extent the entire package will be able to pass or not pass until we get right down to the very end of this process, which will be probably in a couple of weeks," Biden said Monday. "But the point is, this is just the process beginning."
National