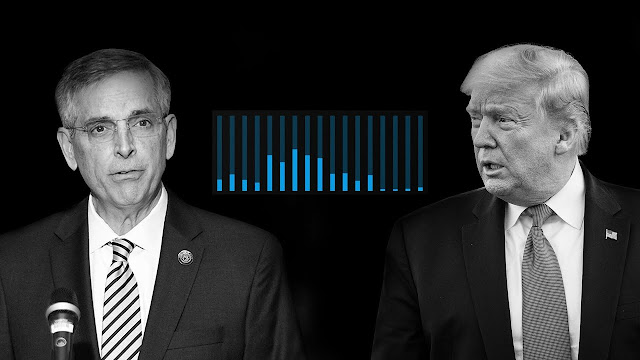 The Washington Post on Sunday published extended audio of President Trump's Saturday call with Georgia's top elections official, Brad Raffensperger (R), making the full hour-long call available shortly after initially-released excerpts shocked Washington.
During the call, Trump and Georgia's secretary of state can be heard arguing over the president's various theories about election fraud in Georgia, ranging from allegedly shredded ballots in heavily-Democratic Fulton County to allegations about Dominion voting machines. Raffensperger repeatedly pushed back and called the president's assertions "wrong."
"All I want to do is this," the president said in one particularly jarring moment in the call. "I just want to find 11,780 votes, which is one more than we have. Because we won the state.”
Reaction to the excerpts quickly spread around the capitol Sunday afternoon following the Post's publication of the audio, with lawmakers as senior as Sen. Dick Durbin (Ill.), the Senate's No. 2 Democrat, calling for the president to face new criminal investigations.
“I've heard the extraordinary excerpts that the Washington Post has and, at least based on those excerpts, it sounds like Donald Trump is talking like mafia boss, and not a particularly smart mafia boss at that," added former U.S. Solicitor General Neal Katyal during an MSNBC interview.
The White House has yet to comment publicly on the audio published Sunday by the Post, though some allies of the president continued to defend him on social media.
“They published 4 minutes and 31 seconds - where is the other 35 minutes? @GaSecofState Raffensperger is a political hack who doesn’t care about election integrity, nor does he care about telling the entire story. Release the full tape!” tweeted Trump campaign adviser Jason Miller.
National