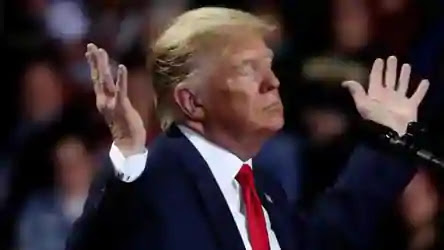 The Washington Post editorial board on Wednesday called for President Trump's immediate removal from office, saying he is solely responsible for the violent mob that stormed the Capitol.
In a scathing editorial, the newspaper said Trump incited violence by encouraging rioters to take action as Congress convened a joint session to tally and record the Electoral College votes certifying President-elect Joe Biden's victory.
"Responsibility for this act of sedition lies squarely with the president, who has shown that his continued tenure in office poses a grave threat to U.S. democracy," the Post wrote. "He should be removed."
"The president is unfit to remain in office for the next 14 days," the op-ed continued. "Every second he retains the vast powers of the presidency is a threat to public order and national security."
The editorial comes just hours after a chaotic and violent scene unfolded on Capitol Hill when Trump supporters breached security and charged through the Capitol, forcing a lockdown, evacuations and confrontations with police.
The editorial board said Vice President Pence should invoke the 25th Amendment to remove Trump from office.
"Mr. Pence should serve until President-elect Joe Biden is inaugurated on Jan. 20," the Post wrote.
National