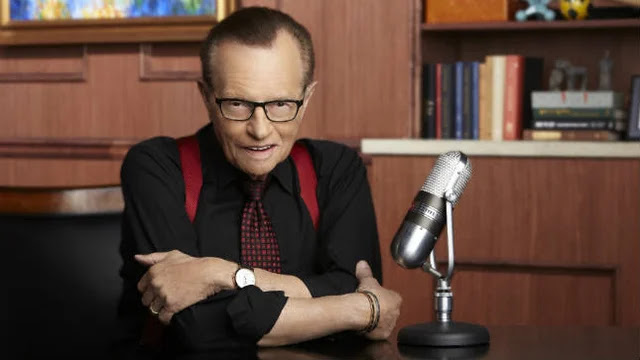 Legendary television host and radio personality Larry King died Saturday in Los Angeles at the age of 87.
The veteran broadcaster died at Cedars-Sinai Medical Center in L.A., according to a message posted on King’s Twitter page from Ora Media, which hosted King’s latest show.
“For 63 years and across the platforms of radio, television and digital media, Larry’s many thousands of interviews, awards, and global acclaim stand as a testament to his unique and lasting talent as a broadcaster,” the message said.
It was not immediately clear what King died from, but he was hospitalized earlier this month after contracting the coronavirus.
King, who grew up in Brooklyn and started as a local journalist and radio interviewer in Florida in the 1950s and 1960s, went on to lead a storied career in broadcasting. He is most well-known for his 25-year tenure hosting the nightly interview program “Larry King Live” on CNN from 1985-2010.
King later co-founded Ora TV, which hosted “Larry King Now.” The program also aired on Hulu.
The famed broadcaster was known for his interview format, which he maintained for the final decades of his career, interviewing everyone from world leaders to movie stars to psychics. King interviewed every president since Richard Nixon.
“Whether he was interviewing a U.S. president, foreign leader, celebrity, scandal-ridden personage, or an everyman, Larry liked to ask short, direct, and uncomplicated questions,” Ora Media said. “He believed concise questions usually provided the best answers, and he was not wrong in that belief.”
“Larry’s interviews from his 25-year run on CNN’s ‘Larry King Live,’ and his Ora Media programs ‘Larry King Now,’ and ‘Politicking with Larry King’ are consistently referenced by media outlets around the world and remain part of the historical record of the late 20th and early 21st centuries.”
King’s personal life was also the stuff of gossip after eight marriages to seven women, two bankruptcies that followed a chronic gambling problem and an arrest on a fraud charge that held up his career for years.
Ora Media said funeral arrangements and a memorial service are currently being coordinated with King’s family members, who are requesting privacy as they mourn.
King's death sparked an outpouring of condolences from other media figures.
"Larry King was a radio and TV legend with an insatiable curiosity about people and a real sense of humor. He could get anyone talking, from Hollywood stars to the guy on the corner. In the 1990s, Larry King Live even became the most important show in American politics. RIP," tweeted MSNBC's Steve Kornacki.
Kornacki noted that Ross Perot announced on King's show in 1992 that he would run for president if volunteers qualified him for all 50 state ballots, which supporters were later able to do.
"I was always so flattered when #LarryKing would ask me to guest host for him..he was SUCH a great tv host..best ever..you never knew his politics," added journalist Greta Van Susteren.
National