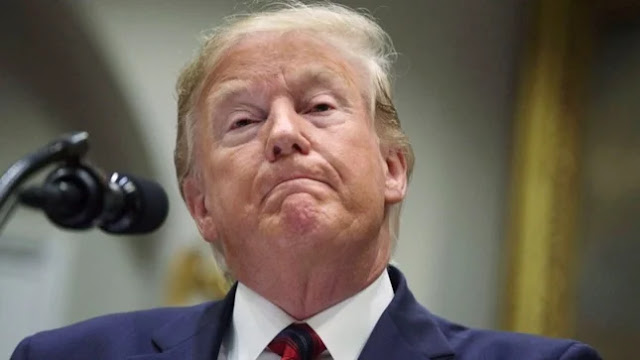 About 100 State Department officials have reportedly signed on to a "dissent cable" calling for Secretary of State Mike Pompeo to forcefully condemn President Trump for inciting the violent mob attack on the Capitol on Wednesday.
The four-point cable, which was obtained by The Washington Post, lays out Trump’s responsibility for fomenting the riot in an attempt to stop Congress from certifying the election results for President-elect Joe Biden.
At least five people died after the insurrectionist attack, including a Capitol Police officer. It was the first breach of the Capitol since 1814, when the building was stormed by the British during the War of 1812.
The cable calls for the State Department to explicitly denounce Trump in the vein of statements issued by the agency against foreign leaders who use violence and intimidation to suppress peaceful democratic processes.
"President Trump's incitement of violence against the certification of the United States' free and fair elections is unacceptable and incompatible with our laws, the democratic values and protected fundamental freedoms enshrined in our founding documents, and our long tradition of a peaceful and orderly transfer of power," the cable reads.
"Just as we routinely denounce foreign leaders who use violence and intimidation to interfere in peaceful democratic processes and override the will of their voters, the Department's public statements about this episode should also mention President Trump by name. It is critical that we communicate to the world that in our system, no one — not even the president — is above the law or immune from public criticism."
The diplomats further pressed that guidance on communication to foreign governments about the events in Washington should leave out any remarks by Trump, calling his voice illegitimate.
“Our guidance should NOT include any quotes by President Trump about the episode, as his is not a credible voice on this matter,” they wrote.
A dissent cable is an extraordinary measure available to U.S. diplomats to raise serious concerns immediately to senior State Department officials against substantive foreign policy actions without fear of retribution.
America’s diplomats are on the front line in foreign countries whose governments and populations are reacting with shock and horror to the events that took place in Washington, which have emboldened adversaries to attack America’s credibility.
Pompeo, America’s top diplomat, has denounced the violence at the Capitol and called for prosecution of the rioters. But he did not assign blame, in particular to the president, who is being widely condemned as responsible for the attack.
The secretary has pushed back against criticisms that the insurrection constituted a democratic crisis, condemning “journalists and politicians” who “slander” the U.S. as a “banana republic,” a phrase used to describe a fragile and corrupt country ruled by a plutocracy.
Elizabeth Shackelford, author of "The Dissent Channel," a book about her experiences serving as an American diplomat in South Sudan and eventual resignation from the Trump administration, said it's important for diplomats to be on the record but that the cable is unlikely to have a strong impact in the final days before Trump leaves office.
"Under this administration, resisting from the inside has been pretty futile though, so a dissent cable isn't likely to have any impact internally under the circumstances since it’s not like Pompeo is going to be swayed by their argument," Shackelford told The Hill.
"But it’s good to put it on the record. And that is probably why it was promptly leaked. I am also pleased to see career staff who will be part of picking up the pieces under the new administration raise their concerns about how we start to repair our image in the world. After all, it’s our diplomats in countries all across the globe who will be bearing the brunt of that responsibility moving forward."
World