Trump will stand alone with his actions: yes or no? 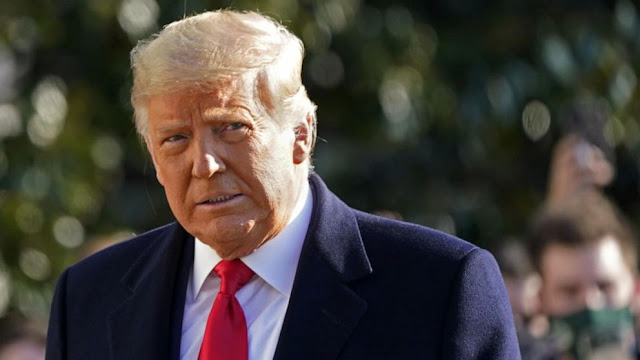 One of the difficulties with getting Republican senators to think in terms of a vote to convict Donald Trump on the latest impeachment is that many of them supported his agenda in office and supported his reelection. To Trump defenders on the right, it seems a betrayal and maybe an insult to Republican voters to do an about-face and convict Trump. To critics on the left, even a vote to convict Trump is not enough to excuse voting to reelect him. But the two questions are different.
They are fundamentally different for one glaring reason: Republican senators are asked to vote in judgment on Trump’s conduct after the election, and they could not have known about that when they supported him for reelection. Trump’s character was known, and for my part, I do not think his actions since the election have been especially out of character, but his conduct has been a significant escalation over anything he did previously. It is proper to reach a separate judgment on that. But there are also two broader points.
First, a reelection vote is comparative. You can hold your nose and vote for a lesser evil if the alternative is worse. Many Republicans who were not fond of Trump and disapproved of a good deal of his conduct in office voted for him anyway, concluding quite rationally that at least he was not as bad as handing over power to Democrats. There is no choice of evils now, however. Trump will have finished his term. Biden will be the president. The only choice is whether to sanction Trump for what he did.
Second, a reelection vote is institutional. One of the strongest arguments for reelecting Trump is that a reelection vote is a vote for a choice between administrations, not just a choice between leaders. A second Trump-Pence administration below the presidential level would obviously have been better in nearly every way than the incoming Biden-Harris administration. But, again, nobody is being asked to vote in judgment of the conduct of anyone in the administration but Trump himself.
The Senate’s vote will, at long last, be an opportunity to pass judgment on Donald Trump alone, with no question of the allocation of power, no question of loyalty to the rest of the party’s officials, no question of passing judgment on the voters, no question of depriving the people of their elected leader, no question of “what about the Democrats?” Trump will stand alone with his actions: yes or no?
Opinion