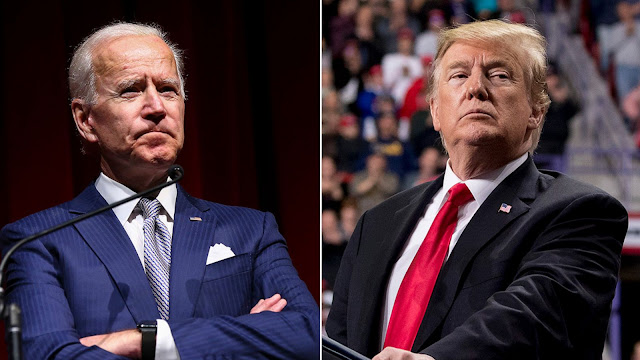 President Trump has issued a string of last-minute executive actions that appear intended to make life more difficult for the incoming Biden administration.
The dynamic was on full display on Monday when Trump issued a proclamation lifting travel restrictions on several countries amid the coronavirus pandemic, only for a top Biden spokesperson to quickly make clear the new administration would not follow through on the order.
Separately, the State Department has issued several directives that could be difficult for President-elect Joe Biden to quickly reverse, including adding Cuba to the State Sponsors of Terrorism list and designating the Houthis in Yemen as a terrorist group — a step that has stirred bipartisan outrage.
The Environmental Protection Agency (EPA) issued  a last-minute rule limiting the types of studies the agency can weigh when forming its policies, while the Department of Labor released a rule that affects tip pooling for restaurant workers.
Marielena Hincapie, a former co-chair on the Biden-Sanders Unity Task Force, said there are likely between 400 and 1,000 changes made by the Trump administration through various executive actions that Biden will work to undo.
While executive orders or proclamations can in some cases be easily undone or ignored, other regulatory measures that go through the formal rulemaking process may be harder to unwind, and Biden will have to prioritize which Trump policies to target in the early days of his administration while simultaneously combating a raging pandemic, an economic downturn and deep political divisions.
Andrew Rudalevige, a professor at Bowdoin College who specializes in the use of executive power, said Trump issued 69 executive orders in the calendar year 2020, which is the highest number by a single president in a single year since 1980.
Trump has added to the list in recent days with a slew of executive orders on a range of topics. The president issued five of those on Monday, plus a proclamation on travel restrictions.
One executive order contains a list of famous Americans to be recognized in a National Statue Garden that Trump commissioned last year on the Fourth of July in response to “cancel culture.”
Two others were aimed at reforming rulemaking and regulatory reform, while another called for an expansion of concealed carry permits to protect law enforcement officers, judges and prosecutors.
Trump issued a proclamation lifting travel restrictions on most of Europe and Brazil that were put in place in early 2020 to try to limit the spread of the coronavirus, with most travelers now requiring a negative COVID-19 test result instead.
But Jen Psaki, who will take over on Wednesday as the White House press secretary, made clear the Biden administration had no intention to follow through on that proclamation.
“With the pandemic worsening, and more contagious variants emerging around the world, this is not the time to be lifting restrictions on international travel,” Psaki tweeted.
“On the advice of our medical team, the Administration does not intend to lift these restrictions on 1/26,” she added. “In fact, we plan to strengthen public health measures around international travel in order to further mitigate the spread of COVID-19.”
Incoming Biden White House chief of staff Ron Klain outlined in a memo to senior staff earlier this week how Biden will sign “dozens of executive orders, presidential memoranda, and directives to Cabinet agencies” in his first 10 days in office. Among those executive actions are items aimed directly at reversing Trump administration policies.
Biden will rejoin the Paris climate agreement and rescind a presidential proclamation banning travel from several Muslim-majority countries on Inauguration Day, Klain wrote.
The president-elect is expected to resume U.S. participation in the World Health Organization, reversing a Trump decision from last year. He’s also likely to undo the so-called Mexico City policy, which bans global health aid for foreign organizations that provide or promote abortions. Democratic and Republican administrations have routinely reversed the other's actions on that policy.
The incoming chief of staff hinted that Biden would also issue his own executive actions to counter Trump's policies on immigration and the border. Biden has previously said he would move to halt construction of the border wall, which Trump secured funding for by declaring a national emergency.
“Full achievement of the Biden-Harris Administration’s policy objectives requires not just the executive actions the president-elect has promised to take, but also robust Congressional action,” Klain wrote.
Presidents have increasingly relied on executive action to move their agendas forward over the past two administrations as they ran into congressional roadblocks.
Former President Barack Obama frequently used other forms of executive action, such as memoranda and proclamations, Rudalevige noted.
Other regulatory measures that go through the formal rulemaking process may be harder to unwind, and Biden will have to prioritize which Trump policies to target.
“There’s a wide variety of approaches in history where presidents have really not cared about a predecessor’s executive orders,” Rudalevige said. “Sometimes they just ignore them and let it be known 'we’re not going to worry about that.’ ”
“I would be surprised if there had not been a review during the transition of every executive order issued by President Trump,” he added.
National