Trump says he is declassifying more documents in Russia probe 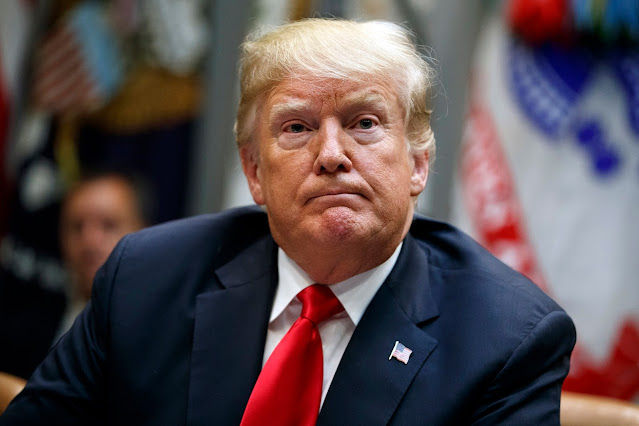 President Trump on Tuesday evening moved to declassify documents related to the FBI’s Russia investigation in one of his last acts before he leaves office.
A memo released by the White House states that Trump requested and reviewed a binder of materials related to the FBI probe, dubbed Crossfire Hurricane, in the last month and determined that they should be declassified “to the maximum extent possible.”
The memo states that Trump accepted redactions to the materials proposed by the FBI on Jan. 17 and ordered the declassification of the “remaining materials in the binder.” The document does not describe the extent of the redactions or the amount of material that will ultimately be declassified.
“This is my final determination under the declassification review and I have directed the Attorney General to implement the redactions proposed in the FBI's January 17 submission and return to the White House an appropriately redacted copy,” Trump wrote in the memo.
The document states that acting Attorney General Jeffrey Rosen “has conducted an appropriate review to ensure that materials provided in the binder may be disclosed by the White House in accordance with applicable law.”
The move represents one of Trump’s final acts as president, coming less than 24 hours before Joe Biden will be sworn in as the next commander in chief.
Trump has long derided the FBI’s Russia investigation as a “witch hunt” that unfairly targeted members of his campaign. He has often offered up nebulous suggestions that those who engaged in the investigation committed crimes.
The Justice Department inspector general concluded in a 2019 report, however, that the investigation had an adequate predicate and that there was no evidence the decisions to open investigations into Trump allies were influenced by political bias.
Still, officials have been faulted for their actions in obtaining warrants to surveil former Trump campaign adviser Carter Page. The investigation has been under review by John Durham, the U.S. attorney in Connecticut. Last year, an FBI attorney pleaded guilty to altering an email used to seek the warrant on Page.
The early federal investigation eventually gave way to former special counsel Robert Mueller’s probe, which led to six Trump associates being convicted and dogged the first two years of the president’s term. Trump has granted pardons to several of those convicted in Mueller’s probe, including his former campaign chairman Paul Manafort, in a closing broadside against the Russia investigation.
National