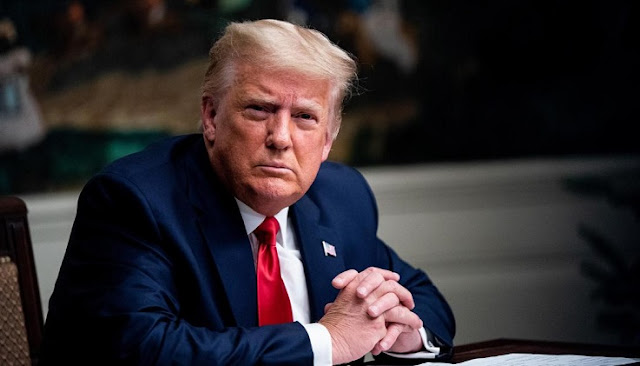 A growing number of Cabinet members and senior officials are resigning from the Trump administration after a right-wing mob attacked Capitol Hill this week, leaving President Trump isolated to deal with the fallout in the final days of his presidency.
Two Cabinet members and least six other administration officials have resigned and directly rebuked Trump for inciting the riot.
Transportation Secretary Elaine Chao and Education Secretary Betsy DeVos have both resigned, potentially avoiding a messy fight about whether to invoke the 25th Amendment, which allows for a majority of Cabinet members to strip the president of his powers.
In her letter, DeVos called the mob action “unconscionable” and said it had undermined the president’s accomplishments.
The resignation by Chao was notable because she is the wife of Senate Majority Leader Mitch McConnell (R-Ky.), who was forced into hiding during the raid on Capitol Hill.
Both Chao and DeVos had been in the Trump administration from the start.
“Yesterday, our country experienced a traumatic and entirely avoidable event as supporters of the President stormed the Capitol building following a rally he addressed,” Chao wrote in a letter to Transportation Department staff. “As I’m sure is the case with many of you, it has deeply troubled me in a way that I simply cannot set aside.”
Other notable resignations include former White House chief of staff Mick Mulvaney, who quit his post as special envoy to Northern Ireland; Melanie Trump’s chief of staff, Stephanie Grisham; deputy national security adviser Matt Pottinger; deputy press secretary Sarah Matthews; White House social secretary Rickie Niceta; the National Security Council's senior director for European and Russian affairs, Ryan Tully; and Tyler Goodspeed, the acting chairman of the White House Council of Economic Advisers.
“I can’t stay here, not after yesterday,” Mulvaney said. “You can’t look at that yesterday and say I want to be a part of that in any way shape or form.”
The outrage over the riot and Trump’s involvement in whipping up the crowd that he summoned to Washington to protest President-elect Joe Biden’s election victory is growing by the hour.
Five people have died as a result of the riots, including one woman who was shot after breaching the Capitol and a Capitol Police officer who fought off rioters. Three other people apparently died due to personal medical emergencies.
During the riot, Trump went to Twitter to call for peaceful protests, but he also appeared to gloat about the civil unrest while expressing his love and admiration for those involved.
Finally on Thursday, the president issued a sober, pre-recorded statement in which he explicitly denounced the rioting and conceded his election defeat. The message was recorded as it became clear Trump could face prosecution for inciting the violence at the Capitol.
Many of the people who clashed with police on Tuesday believed the president’s claims that the election had been stolen from him and that Vice President Pence might somehow be able to thwart the Electoral College count certifying Biden’s victory.
The president’s allies are abandoning him in droves, with conservatives such as Sen. Tom Cotton (R-Ark.) laying blame directly at Trump’s feet.
While Trump has only two weeks left in his term, lawmakers on both sides of the aisle are debating whether he should be removed from office before then.
House Democrats have drawn up articles of impeachment. Sen. Ben Sasse (R-Neb.) said he would consider voting to remove the president if the House impeaches him, and Rep. Adam Kinzinger (R-Ill.) has called on Trump to be removed under the 25th Amendment.
National