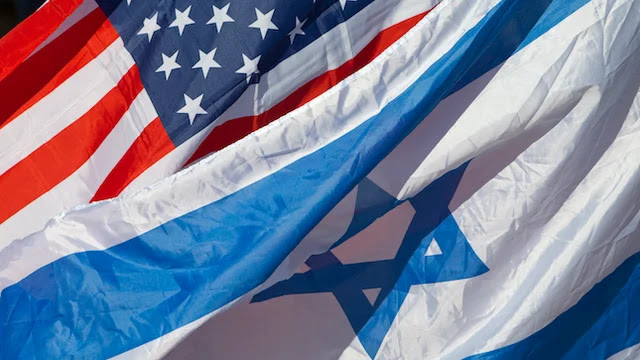 President Trump has ordered the Pentagon to include Israel in the U.S. military command structure for the Middle East, the Defense Department confirmed on Friday, a major change meant to reflect an easing of tensions between Israel and several Arab countries.
The shift, which comes as Trump prepares to leave the White House next week, means Israel will be moved from U.S. European Command to U.S. Central Command (Centcom), which oversees U.S. military policy involving Arab nations. Israel for decades was grouped with European countries due to animosity between Israel and some Arab countries.
“DOD reviews the [Unified Command Plan] every two years and reassesses all boundaries and relationships against the operational environment. We structure boundaries to best mitigate risk and protect U.S interests and partners,” the Pentagon said in a statement.
The easing of tensions between Israel and its Arab neighbors brought about by the recent "Abraham Accords" has "provided a strategic opportunity for the United States to align key partners against shared threats in the Middle East” and “will open up additional opportunities for cooperation with our U.S. Central Command partners,” the statement adds.
The change was first reported by The Wall Street Journal.
Securing peace deals between Israel and other countries in the Middle East and North Africa has been a key foreign policy priority of the Trump administration in its final days.
The U.S. has helped arrange agreements to normalize ties between Jerusalem and the United Arab Emirates, Bahrain, Morocco and Sudan in deals that mark the first such agreements between Israel and any Arab countries since the pact with Jordan in 1994. The pacts have been dubbed the Abraham Accords after the biblical figure honored in both Judaism and Islam.
Pro-Israel groups have long pushed for the country’s move to Centcom to motivate cooperation between Middle Eastern countries against Iran.
The Jewish Institute for National Security of America in November called for the relocation as it “would send a strong deterrent message of unity and continued U.S. commitment to regional leadership” as well as “smooth the way for the Pentagon to utilize Israel more for regional operations.”
It remains to be seen if the switch will foster such cooperation. Israelis still have a long unresolved dispute with Palestinians. And Jerusalem has yet to normalize relations with its neighbor to the south, Saudi Arabia, the most important Arab nation in the region.
World