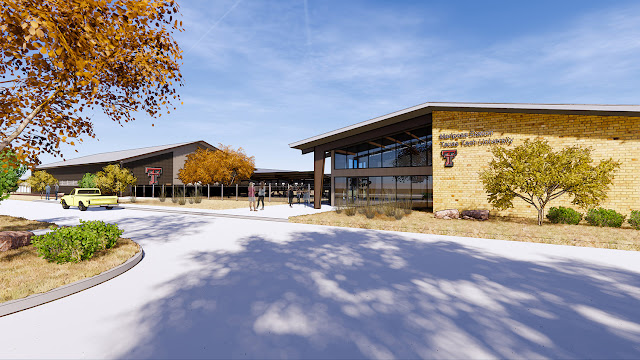 Nichole Chapel Anderson knew throughout her time as an undergraduate student that, somehow, someway, she wanted to forge a career working with and helping animals. Nothing she tried, however, quite seemed to fit.
Having grown up outside the agriculture industry, she was unaware of the myriad careers available in animal sciences. It wasn't until she had the opportunity to pursue a master's degree, focusing on lameness in dairy cattle, that she finally found the path she had sought for so long.
That epiphany led to Anderson becoming an "animal welfare scientist," and she has tried to impart that line of thinking into each student's education, even though their own career path may not take them in a direction directly related to animal welfare.
"If they can pause and think, 'How is this affecting the overall welfare of the animal?' then I've done my part," Anderson said.
Anderson will get the opportunity to pass on that wisdom to future veterinarians as the newest faculty member of the new Texas Tech University School of Veterinary Medicine in Amarillo as an assistant professor of behavior and welfare. She began her duties on Monday (Jan. 18).
"I am excited for the opportunity to engage in both research and teaching at Texas Tech," Anderson said. "The chance to be part of this program and watch it grow in the coming years is definitely something special."
"We rely on animals for so many things," said Guy Loneragan, dean of the School of Veterinary Medicine. "From food to companionship, we benefit from animals even when we don't connect the dots, so to speak. When we rely on – and depend on – animals to the extent we do, we owe them a decent life. Dr. Anderson thinks deeply about how we meet this. Her involvement in our school will benefit those who care for animals. Animal well-being is in all of our interest, and I am thrilled Dr. Anderson is a part of the school."
Prior to coming to Texas Tech University, Anderson spent the last two years as an assistant teaching professor at the University of Missouri in Columbia. At Missouri, she taught courses in stress physiology, animal behavior, animal production biology and animal welfare. Much of her research deals with issues related to swine and other production animals.
While at Missouri, Anderson served on the College of Agriculture's undergraduate curriculum
committee where she helped evaluate course proposals for approval and considered curriculum changes for all majors, minors and certificates. She also served on the academic affairs committee for the Division of Animal Sciences, helping ensure student academic success through approval of coursework and transfer credits, scholarships and departmental coursework.
Before her stint at Missouri, Anderson was a graduate research assistant at Purdue University while pursuing her doctorate. At Purdue, she taught courses in animal and food security, animal behavior and animal industry travel. She also conducted workshops and lectures in animal welfare, welfare of farm animals and its importance to overall animal industry health.

She also was a graduate research assistant at North Dakota State University while pursuing her master's degree, teaching courses in veterinary pharmacology and equine anatomy and physiology. During this time, she worked closely with another School of Veterinary Medicine faculty member, Sarah Wagner.
"I am looking forward to having Dr. Anderson join the faculty at the Texas Tech School of Veterinary Medicine," Wagner said. "She brings a great breadth of knowledge in her field, with the ability to use a variety of approaches to assessing, maintaining and improving animal welfare. This expertise, combined with her skills as a teacher and researcher and her commitment to the community, make her a valuable addition to the team."
Anderson was a member of the University of Missouri faculty community, THRIVE, that is focused on promoting and providing leadership for inclusive excellence on campus. She also was involved in measures to improve student mental health on campus through the University of Missouri counseling center.
Anderson earned her bachelor's degrees in animal science and equine sciences from North Dakota State University in 2012 and her master's degree in animal science with an emphasis on animal welfare from North Dakota State in 2014. She earned her Doctor of Philosophy in Animal Science with an emphasis on animal welfare from Purdue in 2018.
Anderson is a certified common swine industry auditor by the Professional Animal Auditor Certification Organization and holds the Pork Quality Assurance organization's PQA plus certification.
"Critical to the understanding of health-related animal issues is the understanding of normal and abnormal behavior," said John Dascanio, senior associate dean for academic and student affairs. "Dr. Anderson brings a great background in having taught animal behavior and welfare to enable her to teach our students and to help industry to maximize their productivity through effective augmentation of animal well-being. Rooted in the veterinarian's oath is the protection of animal welfare, for which Dr. Anderson will be a beacon for the school."
Anderson joins a growing and vibrant team of faculty and staff at the School of Veterinary Medicine. Additional team members will continue to be added over the next few months as the school prepares to welcome its inaugural class in the fall of 2021.
Local