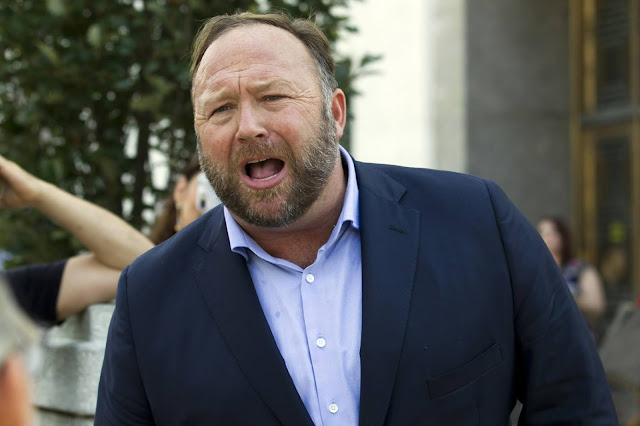 The Texas Supreme Court on Friday rejected a request from conspiracy theorist Alex Jones to dismiss four defamation lawsuits against him from parents whose children were killed in the 2012 shooting at Sandy Hook Elementary School in Connecticut.
The rulings, which came without comment from the justices, upheld decisions by two lower courts allowing the lawsuits to proceed.
The parents sued Jones in Travis County, where his popular, far-right website Infowars is based, alleging Jones defamed them and caused emotional distress when he repeatedly claimed the shooting and subsequent news coverage of the attack were hoaxes.
Twenty-six people were killed in the Newtown, Conn., shooting, including 20 children and six adults.
The suits against Jones cite various comments he made about the shooting, including that the shooting was “a giant hoax” and a “false flag” intended to promote support for gun control measures.
Friday’s ruling noted that Justices Jeff Boyd and John Devine would have granted Jones’s petition for review in one of the suits but did not include any reasoning behind their dissents.
The ruling also permitted a lawsuit to proceed against Infowars and reporter Kit Daniels filed by a man the website mistakenly said was a suspect in the 2018 mass shooting at Marjory Stoneman Douglas High School in Parkland, Fla.
Jones, who runs and hosts a show on the Infowars website, has promoted an array of conspiracy theories, including that the federal government has “weather weapons” that have caused natural disasters and that former Secretary of State Hillary Clinton was running a child trafficking ring out of a Washington, D.C., pizza shop, a claim that gained widespread attention and prompted a gunman to fire a rifle inside the restaurant as part of an attempt to break up the imaginary scheme.
Texas