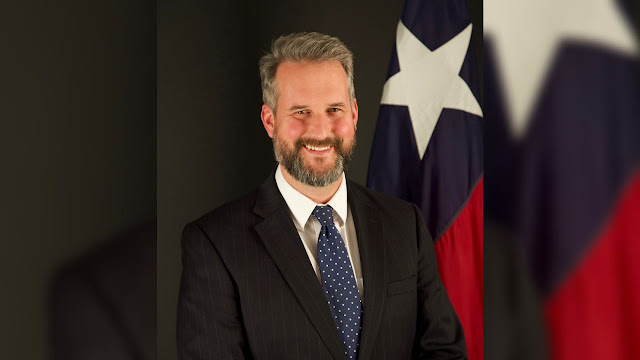 Texas Attorney General Ken Paxton has appointed a former law clerk of the late U.S. Supreme Court Justice Antonin Scalia to be the next solicitor general of Texas. Judd Stone — who earned his undergraduate degree from the University of Texas at Dallas and his law degree from Northwestern University — will take office after current Solicitor General Kyle Hawkins departs his post on February 1, the attorney general’s office announced in a press release.
Hawkins is the latest to depart from the attorney general’s office and reportedly told Paxton on Tuesday he would resign. He leaves the office as it is cloaked in allegations of scandal and Paxton continues to face accusations of bribery and abuse of office.
Notably, Hawkins did not sign on to the lawsuit that sought to reverse President-elect Joe Biden’s victory, though he did recently argue in front of the U.S. Supreme Court on behalf of the State of Texas in its bid to overturn Obamacare. He praised his successor and commended Paxton for appointing Stone, calling Paxton a “stalwart advocate for Texas.”
“Judd Stone is one of the most talented lawyers I’ve ever worked with. Judd’s appellate advocacy skills are unmatched,” Hawkins said. “I’ve been enormously privileged to have Judd on my team over the past year, where he put his exceptional talent to work on many of our most important cases. Judd has all the tools to be an outstanding [solicitor general].”
Stone was formerly chief counsel for Sen. Ted Cruz (R-TX), prior to beginning work in the Texas solicitor general’s office last year. In addition to serving as a law clerk for Scalia, Stone was a law clerk for former Chief Judge Edith Jones of the U.S. Court of Appeals for the Fifth Circuit, as well as Justice Daniel Winfree, who serves on the Alaska Supreme Court.
Stone was an Olin-Searle-Smith fellow at Harvard Law School and has practiced in Washington, D.C. at the Supreme Court and Appellate Practice Group for Morgan, Lewis, and Bockius. He also worked at the Kellogg, Hansen, Todd, Figel, and Frederick law firm.
Paxton applauded Hawkins, touting his “dedication to safeguarding rights,” and stated his confidence in his appointment of Stone.
“I look forward to working with Judd Stone in his new role as Texas Solicitor General. His skills, years of experience and expertise are tremendous assets to the Office of the Attorney General,” Paxton said. “I am positive that he will continue faithfully serving Texas with integrity, honesty, and a strong commitment to the rule of law.”
The FBI is investigating Paxton for allegedly engaging in untoward dealings with Nate Paul, an Austin real estate developer.
Texas