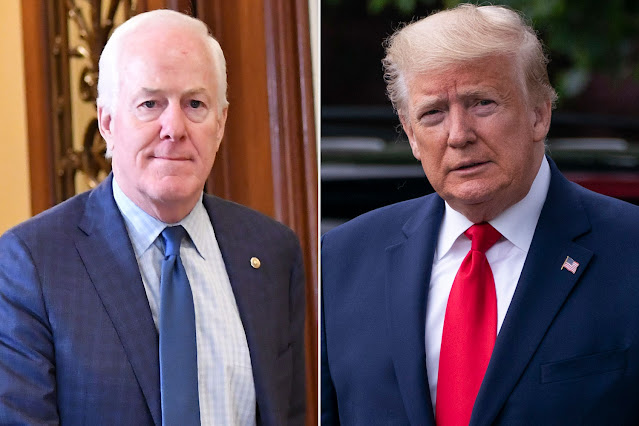 In a letter to Texans, U.S. Sen. John Cornyn (R-TX) says he won't join a Republican-led objection of the certification of Electoral College votes without new evidence supporting President Donald Trump's allegations of voter fraud.
Cornyn, a former judge, said the challenges put forth by a coalition of Congressional members should be heard but that without new evidence he doesn't plan to stand in the way of the Electoral College's votes being certified.
"Over these past two months, I have paid close attention to the legal challenges and recounts that have taken place across the country. As mentioned, every lawsuit filed by the Trump campaign has failed to change the outcome. And multiple states have conducted recounts to confirm the results – in Georgia, three times," Cornyn wrote. "So, unless substantial, new evidence is presented during the challenges to each state’s ballots, I will not object to the certification of that state’s election results based on unproven allegations."
Cornyn released his letter Tuesday morning, a day before the votes are to be certified before a joint session of Congress in Washington D.C.
The certification is typically a routine counting of the votes cast by the Electoral College, but this year is shaping up to be quite different after Sen. Ted Cruz (R-TX) and other members of Congress said they would object to the vote unless a commission is established to conduct an emergency 10-day audit of the election returns in the disputed states before the inauguration of President-elect Joe Biden.
Cruz has amassed support from the Texas delegation, including Rep. Lance Gooden (R-TX 5th District) and Rep. Ron Wright (R-TX 6th District)
Once the audit is completed, individual states would evaluate the commission's findings and could convene a special legislative session to certify a change in their vote, if needed.
Cornyn said in his letter he supported the call for an independent commission to examine voting irregularities in the election, but he added that he was concerned as to the timing and practicality of an emergency audit that he said would inevitably fail.
Senate Majority Leader Mitch McConnell, meanwhile, has urged his party not to try to overturn what nonpartisan election officials have concluded was a free and fair vote and warned GOP senators not to participate in raising objections, saying it would be a terrible vote for colleagues that, in essence, would force lawmakers to choose between the will of the people and the outgoing president.
Biden's transition spokesman, Mike Gwin, dismissed Cruz's effort as a “stunt” that won't change the fact that Biden will be sworn in Jan. 20.
Texas