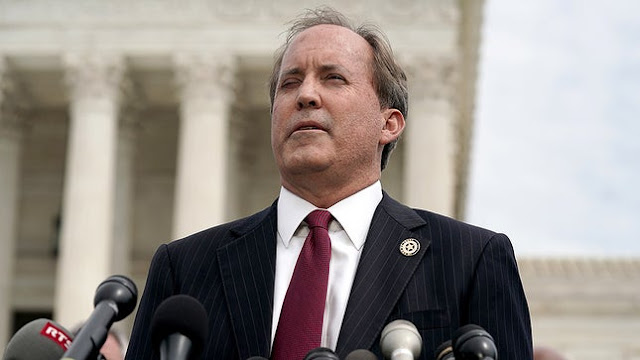 The Texas attorney general filed a federal lawsuit against the Biden administration Friday over its order to halt most deportations for the next 100 days.
The lawsuit, filed just two days after President Biden was sworn into office, is among the first legal moves seeking to impede the new administration's effort to undo Trump-era policies.
Texas Attorney General Ken Paxton (R) accused the Department of Homeland Security (DHS) of violating immigration law in ordering the deportation freeze.
“In one of its first of dozens of steps that harm Texas and the nation as a whole, the Biden administration directed DHS to violate federal immigration law and breach an agreement to consult and cooperate with Texas on that law," Paxton said in a statement. "Our state defends the largest section of the southern border in the nation. Failure to properly enforce the law will directly and immediately endanger our citizens and law enforcement personnel."
The DHS issued a memo on Thursday ordering all of its bureaus to "reset and review" their immigration enforcement policies, including a 100-day freeze on most deportations of noncitizens.
Paxton's lawsuit, filed in the U.S. District Court for the Southern District of Texas, argues that the new policy is beyond DHS's authority.
"If left unchallenged, DHS could re-assert this suspension power for a longer period or even indefinitely, effectively granting a blanket amnesty to illegal aliens that Congress has refused to pass time and time again," the complaint reads. "The Constitution, controlling statutes, and prior Executive pledges prevent a seismic change to this country’s immigration laws merely by memorandum."
Paxton's office is asking the court to issue a restraining order against the directive going into effect. It's unclear when the case will be heard by a judge.
The issue of immigration will see one of the widest gulfs between the Biden administration and the previous one. Hours after being sworn in on Wednesday, the president signed executive orders nixing former President Trump's ban on majority-Muslim countries and directing federal agencies to take action to preserve and strengthen the Deferred Action for Childhood Arrivals program.
Biden has also sent an expansive immigration proposal to Congress that includes a pathway to citizenship for millions of undocumented immigrants and overhauls certain visa programs.
Texas