Should Trump be removed from office? 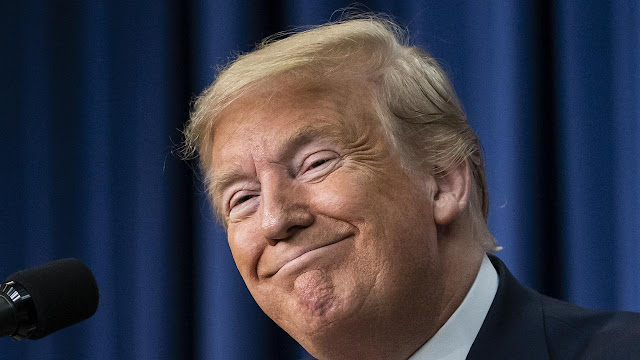 Until now, the United States has never had a president incite a mob against the U.S. Capitol building in a desperate ploy to stay in power. Is President Trump fit to remain as president until Jan. 20 or should he be immediately removed? These are important questions.
It is sadly fitting that Trump, who began his term with his “American carnage” inaugural address, is ending his term with real carnage against the citadel of democracy — the Capitol — as he encouraged his misled supporters to fight and take electoral matters into their own hands.
On Jan. 6, while continuing to spew incendiary falsehoods, Trump stirred up a crowd of thousands, resulting in tragic loss of five lives and damage to the seat of government. The president’s goal, and that of the insurrectionists supporting Trump, was nothing short of trying to overturn the will of the people by violence and intimidation. This, after all 50 states and judges have all agreed the election was undisputedly won by President-elect Joe Biden.
The insurrectionists temporarily succeeded in disrupting the work of Congress in receiving and tabulating the Electoral College votes from each state. The rioters roamed the halls of the Capitol and entered the recently evacuated House and Senate chambers, where just a short time earlier members of Congress were debating futile motions led by Trump loyalists to throw out the electoral votes of key battleground states based on evidence-free arguments.
Trump is certainly not the first president to face the very personal and public humiliation and indignity of being defeated for reelection. In fact, he joins 10 other sitting presidents defeated for election to another term. But he is the first president to be repudiated by the voters who has refused to accept the outcome, concede and commit to a peaceful transition of power.
John Adams was so humiliated at his loss in 1800 to his Vice President Thomas Jefferson that he boarded a public stage in the early morning hours on Inauguration Day, when it was still dark, and skipped town to return to his home in Massachusetts. But it was a peaceful transition of power.
When the dour Herbert Hoover, at the height of the Great Depression in 1932, was defeated by the charismatic but untested Franklin D. Roosevelt (FDR), Hoover was not impressed with his successor, but he followed the protocol for transitions. After meeting with FDR in the White House to brief him, Hoover declared that the president-elect was a “gibbering idiot.” Despite his lack of respect for Roosevelt, on Inauguration Day an unsmiling Hoover rode down Pennsylvania Avenue from the White House to the Capitol with FDR for the official swearing in ceremony.
Nothing requires a losing candidate to concede an election. The voting results speak for themselves. But whether good or bad presidents, the United States has been blessed with men of character who understood that election results represented the will of the people.
Trump has fabricated and fanned bizarre, fact-free conspiracy theories about his reelection. Such fantasies do not reflect a rational mind or one committed to truth, which has been a sad victim of the Trump era.
The sacking of the Capitol by a pro-Trump supporters has shocked and horrified Americans and the world while shaking up members of Congress. “This is how election results are disrupted in a banana republic — not our democratic republic,” said former President George W. Bush.
Trump appears to be in an increasingly fragile state of mind over his electoral loss and willing to do anything to stay in power. Should he be removed from power to prevent more damage even with less than two weeks left in his term? The calls are growing louder for Vice President Pence and the Cabinet (or Congress) to invoke the provisions of the 25th Amendment to the Constitution, given the president’s unfitness for office and the danger he presents to the nation and world.
But given the few days remaining in the president’s term and the ability of the president to dispute a determination that he is unable to perform the duties of the presidency, this doesn’t seem like a viable option. If Trump disputed a determination to remove him, it would take a two-thirds majority in each house of Congress to actually remove him, something that seems out of reach at this point.
Should Trump be impeached? Certainly, the House could do so with its Democratic majority, but the likelihood of the Senate voting to convict and remove the president remains uncertain at best.
Either invoking the 25th Amendment or impeaching the president for a second time would take time and are not guaranteed to be successful. The resulting political theater would distract the nation from the important work of a presidential transition, managing the pandemic, restoring the economy and ensuring justice for all.
Is there a risk that a mentally unstable Trump could do even more significant damage in his remaining days in office? Certainly. But it’s clear that Trump would fight an invocation of the 25th Amendment or impeachment. In fact, they may stir up the caged instincts of an unstable president who could retaliate and do even more damage on his way out the door.
Let’s hope that the remaining days of Trump’s tumultuous norm-busting term that has undermined constitutional mandates and legal norms for four years do not do more damage to the great American experiment in freedom.
Opinion