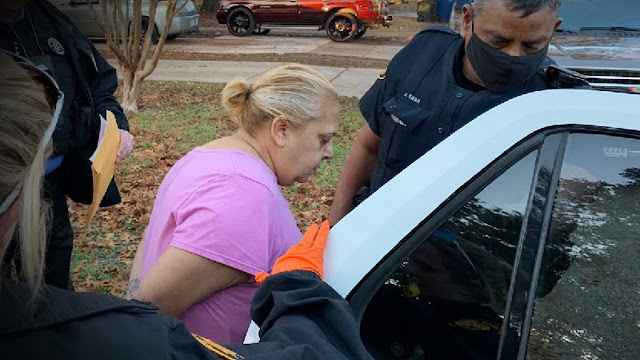 Raquel Rodriquez, the San Antonio woman filmed by Project Veritas allegedly harvesting ballots, has been arrested on numerous counts of voter fraud. The violations include for “illegal voting, unlawfully assisting people voting by mail, and unlawfully possessing an official ballot.”
In late October, Project Veritas, a guerrilla news organization, released footage their undercover journalist had acquired of Rodriguez detailing her San Antonio ballot harvesting operation deployed to help a Republican congressional candidate, Mauro Garza.
Garza, who lost on November 3, denied any allegations of fraudulent dealings with Rodriguez.
Throughout the video, Rodriguez identified associates of hers that participate in her operation, some named explicitly and some referred to by a nickname.
Shortly after the video’s release, Texas’ Attorney General (AG) Ken Paxton announced his office would further investigate the allegations.
Attorney General Ken Paxton stated in the release, “This is a victory for election integrity and a strong signal that anyone who attempts to defraud the people of Texas, deprive them of their vote, or undermine the integrity of elections will be brought to justice.”
“The shocking and blatantly illegal action documented by Project Veritas demonstrates a form of election fraud my office continually investigates and prosecutes,” he concluded.
The investigation is still ongoing, and the attorney general is asking that anyone with information come forward.
Since the general election concluded widespread claims of voter across the country fraud have abounded. This is the fourth announcement by Paxton of an arrest in connection with fraudulent voting during or shortly after the 2020 election.
The first was of a Gregg County commissioner and his conspirators’ for their mail ballot fraud operation during a 2018 Democratic primary which he won by five votes, and the second was a Carrollton mayoral candidate who was arrested while fraudulently stuffing mail ballots ahead of the general election.
And third was a Limestone County social worker accused of illegally submitting voter registration applications for long-term care residents, announced four days after the November 3 election.
As of July, the Texas Attorney General’s Office had prosecuted 457 instances of voter fraud in Texas since 2004.
If convicted, Rodriguez faces up to 20 years in prison.
Texas