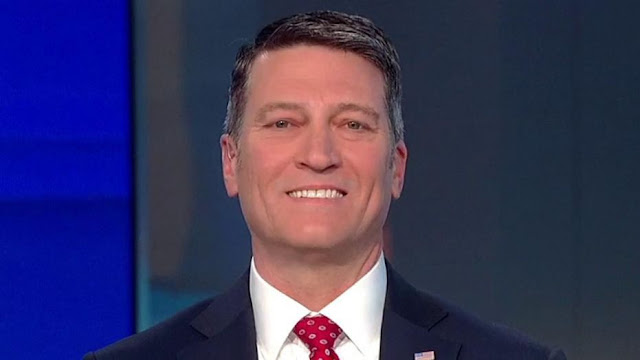 During the domestic terrorism that broke loose at the U.S. Capitol on Wednesday, several of Texas’ freshmen congressmen helped secure the barricades to the House floor before it was reached by the mob. As the protesters breached into the Capitol, police initially told the representatives to stay put in the chamber, but then began evacuating members.
But since they were short-handed, Rep. Pat Fallon (R-TX-04), Tony Gonzales (R-TX-23), Ronny Jackson (R-TX-13), and Troy Nehls (R-TX-22), stayed behind to help. All four members won their first election to Congress in November and were only sworn in a few days before the storming of the Capitol.
Jackson said he and other lawmakers had to go into survival mode, breaking furniture to use as possible weapons to use against rioters.
“A couple of police officers in there said, help us, let’s get some furniture and put it in front of the door,” Jackson said. “So we started just find it furniture in their big cabinets and stuff and just several of us just started picking up furniture and piling in front of the door to try to stop them from coming through.”
Jackson said he and others broke the legs off podiums or chairs in order to use them as possible weapons.
“For all practical purposes, we didn’t have anywhere to go. and it looked like they were going to be entering the chamber any minute,” Jackson said. “So there were four or five of us there that said, hey, we don’t have any choice but to find something that we could used as a weapon, stand in there so that when they come through that door, they get greeted with an offensive posture and maybe we can take them off guard and we can keep them out or get past them or something.”
Nehls stood at the barricade holding it alongside law enforcement who had handguns trained on protesters not more than a few feet away who were attempting to break into the chamber.
“What I’m witnessing inside the US Capitol is disgusting. Violent extremists stormed the Capitol and were breaching doors and breaking glass in the entrance to the House floor,” said Nehls, the former sheriff of Fort Bend County.
He added, “This is America, the greatest country in the world. We are better than this. We can disagree and protest but violence is NEVER the answer and must be [condemned] in the strongest terms.”
“I served our country because this does not happen here – it happens in war zones,” said Gonzales. “America is resilient. We will overcome this divide. Violent protestors are NOT patriots.”
Though the Senate chamber was eventually breached by the angry mob, the House chamber remained secure.
“The mob reached the actual doors to the House Chamber and there was visible concern on everyone’s faces and yet we stood our ground,” said Fallon.
“We then helped the police barricade the set of doors we were guarding with a large piece of furniture and we had stepped to the side to place it there and that’s when the small pieces of glass went flying. ‘SHOTS FIRED!’Someone screamed. ‘Rounds fired, rounds fired!!’ Shouted another. Those rounds, if that’s what caused that broken glass would have struck us just seconds before,” wrote Fallon.
No representatives have yet been reported as injured, but one person was shot and died during the incident on Wednesday.
Texas