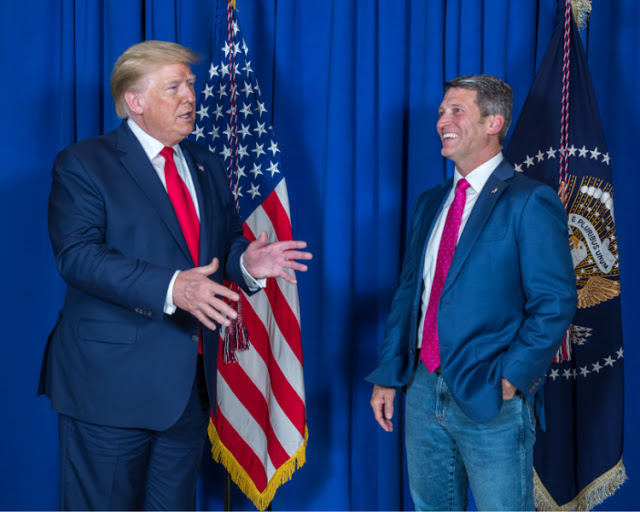 Before taking the oath of office on Sunday, Ronny Jackson, congressman-elect for Texas’ 13th District, has made a pledge to object to the Electoral College results on January 6 when Congress meets to tally the votes.
“Overwhelmingly the constituents in this district, and myself, believe that there was an extensive amount of fraud in this election that essentially disenfranchised us, as Trump supporters and as Texas voters here,” Jackson said. “So I think it’s my constitutional duty, it’s my duty as a representative from the 13th congressional district to go forward on the 6th of January and to contest these electoral votes that are coming in from these intended states, and I fully intend to do that.”
Jackson, who will be replacing long-time Republican Representative Mac Thornberry, said on Facebook he will vote to challenge the Electoral College, which decisively confirmed Joe Biden as the nation’s next president. Jackson said the American people deserve a free and fair election.
“The FRAUD that DID take place on Election Day can’t be allowed to stand!” Jackson said on Facebook.
President Donald Trump has claimed voter fraud since Election Day causing a series of legal battles in states like Michigan, Pennsylvania, Georgia, Arizona, and Nevada. In December, The Supreme Court rejected a lawsuit by Texas that had asked the court to throw out the election results in four battleground states that the president lost in November. Attorney General William Barr has also said that there was no evidence of fraud that would overturn the outcome of the election.
The presidential electors gave Biden a solid majority of 306 electoral votes to Trump’s 232, the same margin that Trump bragged was a landslide when he won the White House four years ago. The results will be sent to Washington and tallied in a joint session of Congress over which Vice President Mike Pence will preside.
In a recent interview with Fox and Friends, Rep. Mo Brooks (R., Ala.) said that “dozens” of House Republicans may object to the results. However, House members need support from at least one senator for the objection to be heard and debated. Senate Majority Leader Mitch McConnell, who has recognized Biden’s victory. has privately urged Senate Republicans to not object, according to sources.
Texas