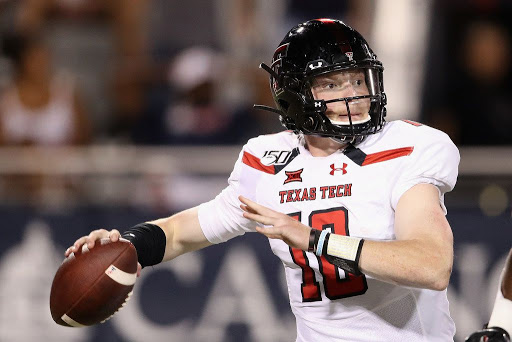 Former Texas Tech quarterback, sophomore, Alan Bowman, will enter the transfer portal, he announced on Twitter Friday.
Bowman compiled 5,260 passing yards at Tech, good for 11th all-time, according to Tech Athletics. He also set the conference freshman record for passing yards in a game with 605 yards over Houston in 2018.
Bowman will have three years of eligibility left, as he missed the majority of the 2019 season due to a medical redshirt.
According to Bowman's post, he will remain at Tech until his graduation this coming May before moving to another school.
Local