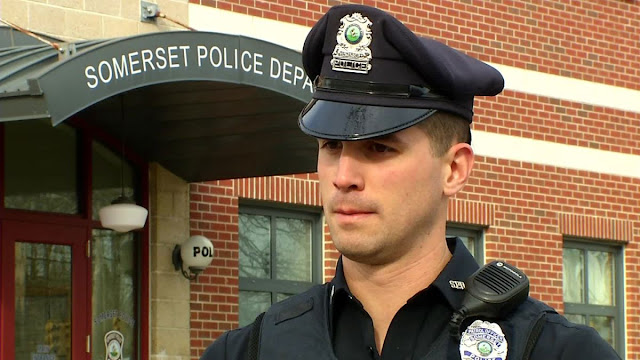 A police officer in Massachusetts paid for the Christmas groceries of two women instead of charging them with shoplifting.
Somerset Police Officer Matt Lima responded to a report of a shoplifting in progress at a Stop & Shop on Dec. 20, according to a statement on the department's website.
When he arrived, he was told that two women with two young children were not scanning all of their groceries before putting them in bags at the self-checkout kiosks.
The women were asked to wait inside with their items while police responded.
While on the scene, Lima found that the women had fallen on hard times and attempted to take additional groceries so they could provide Christmas dinner for the two children.
Instead of filing criminal charges, Lima served the women Notice Not to Trespass forms and purchased gift cards amounting to $250 so the women could buy groceries at another Stop & Shop location.
“The two children with the women reminded me of my kids, so I had to help them out,” Lima said in a statement.
Lima has two daughters similar in age, CNN reported, citing its affiliate WJAR.
Somerset Police Chief George McNeil praised Lima’s actions, saying they “exemplify what it means to protect and serve the members of our community.”
National