Pence, Harris speak ahead of inauguration 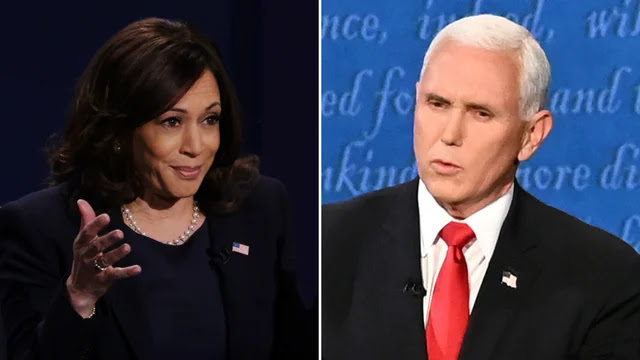 Vice President Pence spoke with Vice President-elect Kamala Harris on Thursday to offer his assistance ahead of next week's inauguration, a source familiar with the call confirmed.
The conversation marked the first time the two leaders have spoken since they debated in October, and it comes just days before Harris is set to take office.
President Trump still has not called President-elect Joe Biden nor expressly conceded the race. He said last week for the first time that there will be "a smooth, orderly and seamless transition."
Pence's outreach to his successor is just the latest example of how the vice president has taken on many of the duties the president would typically carry out in their final days in office.
The vice president attended a briefing on inauguration security on Thursday before greeting National Guard members stationed at the Capitol after last week's riots there.
Pence also flew to the funeral of the late pilot Chuck Yeager on Friday, and he will deliver addresses on Saturday and Sunday in California and New York, respectively, to tout the administration's military achievements.
The vice president will attend Biden's inauguration on Wednesday, while Trump is expected to depart Washington, D.C., earlier that morning.
The phone call between Pence and Harris comes more than a week after pro-Trump rioters stormed the Capitol to try to halt the certification of Biden's Electoral College victory. Multiple people were killed in the mayhem, including a Capitol police officer, and the mob threatened Pence and other lawmakers.
The president spent weeks leading up to the event spreading false claims about election fraud, and he delivered a speech just before the riot insisting Pence could reject Biden's victory. Pence said he did not have the authority to do so.
Trump's refusal for months to acknowledge his loss to Biden has in many ways hampered the transition to a new administration.
The General Services Administration was late in releasing resources to aid the transition process, and Biden officials have said they've run into roadblocks at the Pentagon and the Office of Management and Budget as they prepare to take office.
National