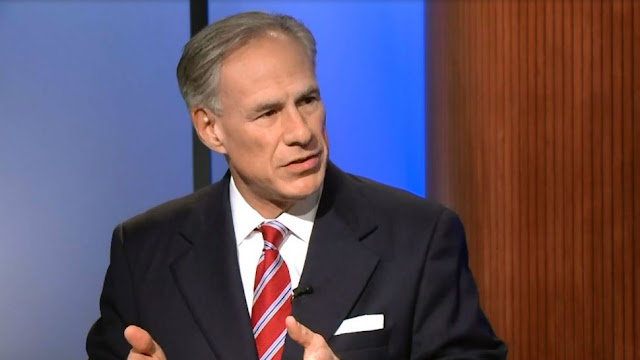 Public safety was the focus of a Thursday roundtable hosted by Governor Greg Abbott at a Texas Department of Public Safety facility. There, Abbott laid out his policy agenda for the legislative session pertaining to the issue.
Among these proposals are financial penalties for cities that “defund their police” and bail reform that would include mandating a set of criteria for judges to let accused offenders out of jail on bond and ensuring all information on a defendant is available to make such a judgment during hearings.
Abbott said at the press conference, “It is shocking that some cities are turning their backs on law enforcement … to defund their police.”
“Defunding the police is reckless and endangers the lives of people in communities across the entire state,” he added. “Cities that defund the police make it physically impossible for citizens to live safely. Now we must make it fiscally impossible for cities to defund police.”
The governor mentioned the Damon Allen Act, which passed the House last session but died in the Senate, as the bail reform legislation he will push the hardest.
Named after Officer Damon Allen who was ambushed and murdered by an offender out on bail, the legislation this session will be advanced by Sen. John Whitmire (D-Houston) and Reps. Kyle Kacal (R-College Station) and Andrew Murr (R-Junction).
“The fact is, Texas has a broken bail system that allows violent criminals to go free. I am working on legislation to end the revolving door bail system in Texas,” Abbott stated.
Texas’ large cities, such as Austin and Houston especially, have in place lax bail protocols in place for indigent defendants.
The roundtable participants included:
Mitch Landry — Deputy Executive Director, Texas Municipal Police Association
Kevin Masters — Senior Strategy Analyst, Office of the Governor’s Public Safety Office
Colonel Steve McCraw — Executive Director, Texas Department of Public Safety
Manny Ramirez — President, Fort Worth Police Officers Association
Marvin Ryals — President, Combined Law Enforcement Associations of Texas
Alden Southmayd — Sheriff, Bee County
Joell Sullivan-McNew — President, SafeHorns
Jennifer Tharp — Criminal District Attorney, Comal County
Since the City of Austin rescinded its public property camping and lying ban, leading to visible homeless encampments strewn across the city, the governor has harped on the issue of public safety. It compounded during the coronavirus pandemic as crime across the state spiked, even in historically low-crime Austin, and crescendoed when Austin City Council cut and redirected $150 million from its police department budget.
The annexation of the Austin Police Department under the state’s umbrella, as well as policy directed at lax or nonexistent camping and lying ordinances, will be discussed down the road, Abbott told the press.
The City of Austin, particularly its mayor, Steve Adler, has become the antagonistic face of Abbott’s public safety crusade. Adler represents the windmills to Abbott’s Don Quixote — except the problems caused by Adler and the city’s policies are not imaginary.
When the camping and lying ban was rescinded, a very real incentive was created for homeless individuals to move out of shelters and onto the streets. The city’s 2020 homeless population survey found an 11 percent increase in the total homeless population along with a 45 percent increase in unsheltered homeless individuals and a 20 percent decrease in the sheltered count.
This came to a head in January of 2020 when Dylan Woodburn, a homeless man, stabbed three people, killing one, in an Austin restaurant. Woodburn had been let out of jail on personal recognizance bond for a previous offense three weeks earlier.
That decision is a direct corollary from a 2017 ordinance from the city council directing municipal judges to prioritize personal recognizance bonds for indigent offenders.
Abbott remains hellbent on nipping public safety issues, as he sees them, in the bud — while lifting up Austin as its talisman of bad governance.
As a bit of a preview to his announcement today, Abbott tweeted last night, “If Austin doesn’t reinstate the ban on homeless camping the state will do it for them. Contrary to what Austin leaders think no one has a right to urinate & defecate wherever they want. Homelessness promoted by Austin has also endangered public safety.”
With this announcement today, the outlines of Abbott’s agenda this session are becoming more clear.
Texas