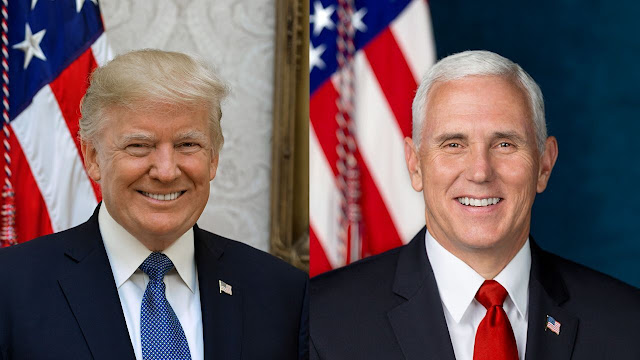 Administration officials have started discussing the possibility of invoking the 25th Amendment to remove President Trump from office, according to a source familiar with the matter.
Officials have exchanged calls and messages about the extraordinary measure, which would require a majority of Cabinet officials plus Vice President Mike Pence to declare to Congress that Trump is unable to fulfill his duties as president.
The discussions appear to be limited and it's not clear whether they have reached the level of any Cabinet officials. It is not clear that officials would actually move forward with invoking the 25th Amendment, or that enough Cabinet members would even support it, particularly given Trump has only two weeks left in office.
A White House official said Vice President Pence had not been approached or involved in any pursuit of the 25th Amendment.
Still, the fact that it is being discussed reflects how rapidly Trump’s standing has deteriorated over the course of the day Wednesday, which saw him urge supporters to march on the Capitol before they forced their way into the building after overwhelming police.
One former White House official acknowledged the possibility that there are discussions about the 25th amendment but said they hadn’t gotten the sense that there were any serious talks about it at this point.
Trump’s Cabinet includes many officials who have been exceedingly loyal to him, and it seems doubtful that a majority would agree to remove him.
Meanwhile, Democrats increased public pressure on Trump administration officials to take the extraordinary step. A group of Democrats on the House Judiciary Committee sent a letter to Pence Wednesday evening calling on him to invoke the 25th amendment and remove Trump from office following the day’s chaotic events. Some Democrats have also called for Trump to be impeached and removed from office.
The National Association of Manufacturers, a trade group that has enjoyed influence in the Trump administration, also issued a statement saying Pence “should seriously consider working with the Cabinet to invoke the 25th Amendment to preserve democracy.”
Republicans have also publicly rebuked Trump in the wake of the violence and said that he bears responsibility.
Sen. Pat Toomey (R-Pa.) referred to Trump as a “demagogue who chose to spread falsehoods” in remarks on the Senate floor Wednesday night as Congress reconvened to count Electoral College votes. Sen. Richard Burr (R-N.C.) said in a statement that Trump “bears responsibility for today’s events by promoting the unfounded conspiracy theories that have led to this point.”
CBS News first reported that there were talks of using the 25th Amendment to remove Trump. Axios later reported that senior State Department officials were encouraging talks about the measure.
Discussions about how to handle Trump’s final two weeks in office, or if he should be removed before then, have heated up in response to the violence that engulfed the Capitol building on Wednesday.
Trump, at a rally on the White House Ellipse, further stoked the flames of conspiracy by once again falsely insisting that he had won the 2020 presidential election. He urged his supporters to march to the Capitol and make their voices heard.
A short time later, Trump supporters overwhelmed law enforcement outside the Capitol and breached the building. Lawmakers, staff, press and Pence were all evacuated or ordered to shelter in place. One woman was shot and killed in the mayhem.
In subsequent statements, Trump called for peace but at no point condemned the violence initiated by his supporters. Instead, he appeared to approve of it, calling his backers “great patriots” who were responding to the election and telling the rioters to “Remember this day forever!”
Three White House aides subsequently resigned on Wednesday, with additional departures expected in the coming days.
National