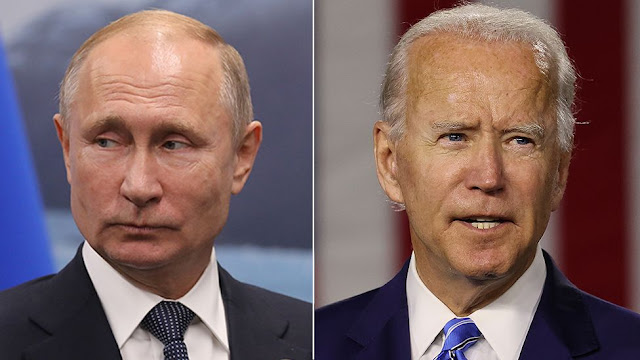 When Joe Biden called Vladimir Putin earlier this week to discuss the extension of New START, a nuclear arms limitation treaty, he went on to lecture the Russian president on the SolarWinds cyber-espionage operation, the attempted assassination of Putin critic Alexei Navalny, the Kremlin’s interference in the 2016 election, and reports that Russia paid the Taliban bounties to kill U.S. soldiers.
This fed into a triumphant attitude from some Democrats and media figures that doesn’t quite accurately describe Biden’s approach to Russia. The Twitter account of the House Homeland Security Committee Democrats stated that erroneous view most succinctly. “Finally a President that will stand up to Russia and Putin,” said the post.
But after just a week on the job, Biden caved on New START, agreeing to a five-year extension without any other conditions. Once Biden telegraphed his support of the extension to Putin, the Russian political system leapt into action — and by the end of the next day, both houses of the Russian parliament had approved the deal. Putin signed the bill earlier today.
Even some of the officials tapped to serve in Biden’s State Department wanted to drive a harder bargain. Last summer, Victoria Nuland, Biden’s designate for undersecretary of state for political affairs, wrote an essay in Foreign Affairs detailing the terms under which the U.S. should renew New START:
Washington should use Putin’s sense of urgency to tie discussions over New START to wider negotiations on all aspects of military power—nuclear and conventional, space and cyberspace. To allow time for those talks, the treaty could be provisionally extended for a year or two, but Washington should not grant Moscow what it wants most: a free rollover of New START without any negotiations to address Russia’s recent investments in short- and medium-range nuclear weapons systems and new conventional weapons. Nor should it insist on including China in the talks right away, as the current administration advocates.
It’s worth noting that Nuland staked out her position somewhere between the Trump administration’s ultimately unfruitful demands that China join New START and Biden’s decision to bless a five-year extension without any additional conditions. In the end, the president picked the position most favored by the Russian side.
One hardly needs to run through the record of Donald Trump’s rhetorical failures with regard to Russia. A non-exhaustive list would include his decision not to decisively condemn the Russian acts that Biden brought up during his call with Putin, in addition to the disastrous Helsinki press conference in which Trump took Putin’s word over U.S. intelligence community assessments and his impeachment-triggering effort to hold up lethal defensive aid to Ukraine.
But where the former president’s rhetoric failed, his administration had a clear-eyed approach to countering Putin’s ambitions. Trump’s attorney general and secretary of state both publicly blamed Russia for the SolarWinds hack. The administration implemented aggressive sanctions in an attempt to kill a Russian pipeline that would’ve harmed Ukraine’s position in European energy markets. And it expelled Russian officials and closed a consulate in response to the poisoning of a former Russian spy and his daughter in the U.K.
Biden deserves credit for denouncing Putin’s destabilizing actions, but his decision to unconditionally extend New START doesn’t send any promising signs about his administration’s ability to deal with Moscow.
Opinion World