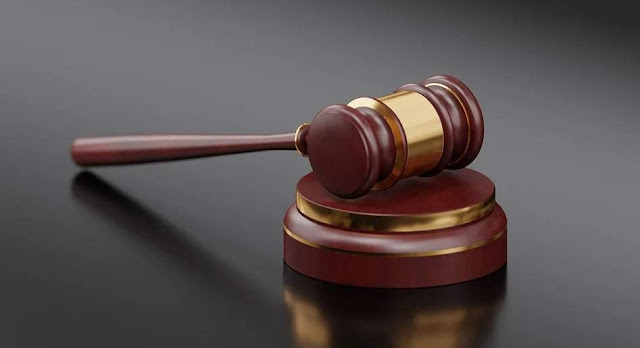 The man who sold the AR-15 used to gun down 32 people in Midland and Odessa, Texas last year has been sentenced to two years in federal prison, announced U.S. Attorney Erin Nealy Cox.
Marcus Anthony Braziel, 45, of Lubbock, Texas, pleaded guilty in October to one count of dealing firearms without a license and one count of subscribing to a false tax return. He was sentenced Thursday to 24 months in federal prison by U.S. District Judge James Wesley Hendrix.
"Federal firearm laws, including those that mandate background checks by licensed dealers, ensure that guns don't fall into the hands of prohibited persons," said U.S. Attorney Erin Nealy Cox.
"By subverting those laws, Mr. Braziel enabled a deranged mass shooter. We hope this case sends a message: The U.S. Department of Justice will not give unlicensed dealers a pass. To do so would endanger our communities."
"Knowingly dealing firearms without a license is a significant crime and often times leads to extreme violence. In this particular case, Mr. Braziel's acts were implicit in the murders of seven innocent victims. In subverting the law, an individual otherwise prohibited from obtaining firearms was able to purchase a gun from Mr. Braziel. ATF will continue to do whatever necessary to keep firearms out of the hands of those that should not have them," said ATF Special Agent in Charge of the Dallas Field Office Jeffrey C. Boshek II.
According to plea papers, Mr. Braziel admitted he sold Midland Odessa shooter Seth Aaron Ator an AR-15-style rifle on October 8, 2016 – nearly three years before Mr. Ator used the gun to murder seven people and wound 25 more.
Mr. Ator, who had been adjudicated "mentally defective" and was therefore legally prohibited from possessing firearms, first attempted to purchase a gun from a sporting goods store, but was rejected after the National Instant Criminal Background Check System (NICS) flagged his mental status.
He later circumvented the NICS system by purchasing a gun from Mr. Braziel, who elected not to run background checks on any of his buyers.
Background checks are not necessarily required for in-state, private transfers. However, Mr. Braziel admitted he was "engaged in the business of selling firearms" – repeatedly devoting time and attention to purchasing and reselling guns for pecuniary gain – and thus should have been licensed and conducting background checks.
In his plea papers, Mr. Braziel admitted he routinely bought firearm firing mechanisms (termed "lower receivers"), used milling equipment to build them into full-fledged guns, and then sold the completed weapons for roughly $100 - $200 profit. He said he typically listed his firearms for sale on Armslist.com and conducted the sales in the parking lot of a local sporting goods store or out of his garage.
In a four-year span, Mr. Braziel inadvertently sold firearms to four prohibited persons: a convicted felon, an man under felony indictment, an immigrant in the U.S. illegally, and Mr. Ator, a man who the courts deemed unfit to possess a firearm.
Agents traced the lower receiver of the gun Mr. Braziel sold to Mr. Ator to Mulehead Dans, a federally licensed firearm dealer in Lubbock. The owner of Mulehead Dans confirmed that Mr. Braziel often purchased lower receivers and firearms there.
In addition to concealing his unlicensed dealing, Mr. Braziel admitted he also concealed the income from his firearms sales from the IRS.
"IRS-CI is dedicated to using the full strength of the federal government to ensure strict and lengthy sentences for those who violate our country's tax laws. In this case, Mr. Braziel made illegal business decisions directly contributing to the death and injury of multiple civilians and today's sentence reflects the courts' acknowledgment of this preventable tragedy," stated IRS-CI Acting Special Agent in Charge Mark Pearson, Dallas Field Office, who praised the joint efforts of the IRS-CI agents and their federal partners.
Mr. Braziel has been ordered to self-surrender to the Federal Bureau of Prisons by April 7, 2021.
Texas