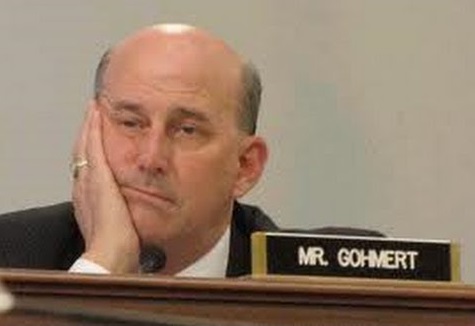 A federal judge on Friday dismissed a bid by Rep. Louie Gohmert (Texas) and other Republicans that sought to endow Vice President Pence with the legal authority to effectively overturn President-elect Joe Biden’s electoral win.
In his ruling, Texas-based U.S. District Judge Jeremy Kernodle, a Trump appointee, said the GOP plaintiffs lacked standing. The judge found that Gohmert suffered no legally recognizable injury.
The other plaintiffs, a group of Arizona Republicans who self-identify as an alternate “slate” of pro-Trump electors, could not link their supposed injury to Pence, he reasoned.
“Because neither Congressman Gohmert nor the nominee-electors have standing here, the court is without subject matter jurisdiction to address” their lawsuit, Kernodle wrote in his ruling. “The court therefore dismisses the case without prejudice.”
Attorneys for Gohmert and his co-plaintiffs, which included Kelli Ward, the chairwoman of the Arizona GOP, did not respond to a request for comment.
The suit’s dismissal had been expected: The consensus among election law experts was that the judge would toss the case without reaching the core substantive claims alleged by the Republican plaintiffs.
The far-fetched legal effort sought to permit Pence to sidestep federal election law when he presides over a joint session of Congress on Wednesday. Rather than carry out his statutory duty to finalize Biden’s win, Pence would be free to effectively grant himself and President Trump a second term.
The vice president’s role in presiding over the Jan. 6 meeting is usually a ceremonial one governed by an 1887 federal law known as the Electoral Count Act. But the Republican lawsuit asked the judge to invalidate the law, arguing that it places an unconstitutional constraint on the vice president's authority to choose among competing claims of victory when state-level election results are disputed.
The lawsuit was an outgrowth of GOP efforts in several key battleground states to overturn Biden’s win based on the unsubstantiated theory that his victory was tainted by widespread fraud. Republicans in several key swing states have disputed Biden's win and offered alternate "slates" of pro-Trump electors to be counted Wednesday, but experts say these efforts carry no legal weight.
Pence, for his part, told the court Thursday that he was not a proper defendant to the suit. As vice president, he said, his legal interests are not "sufficiently adverse to plaintiffs" to clear the constitutional requirement that there be a "case or controversy" before a court weighs in.
"The Vice President—the only defendant in this case—is ironically the very person whose power they seek to promote," wrote a Department of Justice attorney representing Pence. “A suit to establish that the Vice President has discretion over the count, filed against the Vice President, is a walking legal contradiction.”
National