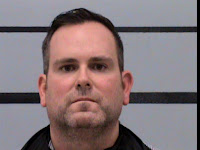 The Lubbock dentist charged with child pornography is now is waiting on a federal judge to decide whether he will be released from jail. Jason White, 41, appeared in federal court Friday morning at 10 a.m. for his detention hearing. His lawyers argued for his release from jail, while prosecutors argued to keep him in custody.
The judge told the courtroom he needs to evaluate the testimony and new evidence before he could make his decision. The new evidence is from an eighth possible victim who has come forward. That person went to the Lubbock Police Department Thursday night. The victim was 13 years old at the time and claims there was “hands-on” contact by Jason White.
An LPD detective who took the stand said they have received many tips regarding more potential victims and information they were working on gathering. The detective said LPD is currently sorting through more tips than they can follow up on at the moment.
During the hearing, the court was made aware the CFO and partner at Jason White Dentistry have resigned.
The prosecution argued White was a flight risk and poses a threat to the community. They claimed White had an ongoing pattern of grooming young children for 25 years. They asked the court for no conditions of release over concerns of revictimizing those that have come forward to law enforcement and they believe there are more victims to come forward.
The defense argued Jason White has limited assets to pose a flight risk and called several witnesses to argue in favor of White’s “philanthropic” character. They also argued that the government lacked sufficient evidence to keep White in jail. Defense attorneys said there is “only one confirmed photo of ‘possible child porn’ and it is not related to the complaint. The defense also stated the victim’s mother “threatened to ruin him” and had financial interest against White.
A private investigator hired on behalf of White said he interviewed 12 people close to White. He said he is active in his community and he is “a good boss and friend and always willing to help.” The investigator said White is not wealthy and has only $80,000 in liquid assets and says White’s practice will “almost certainly close” if White cannot return to work. He has 12 employees. Also, the investigator says the defense gave him White’s passport for safekeeping.
Three character witnesses, who are family friends, say White has done nothing wrong that they’ve seen and say he is a philanthropist. Of the dozen interviews conducted by the private investigator, including children, they did not say they felt unsafe around White.
The decision could come Friday afternoon or even as late as Monday.
On Jan. 14, 2021, FBI and Homeland Security agents, along with Lubbock Police, raided White’s dental office and home, removing items from the building and his vehicle. During the raid, White was arrested and booked into the Lubbock County Detention Center.
White has been accused of crimes involving child pornography, according to federal documents.
Then on Jan. 20, 2021, new state charges were filed against White. The warrant for the state he has been charged with sexual performance by a child. These charges stem from the same allegations that brought on the federal charges. A bond for the state charges was set at $150,000. White’s attorney posted the bond, but because White was on a federal hold at the county jail, he was not released.
Then on Jan. 21, 2021, a civil lawsuit was filed against Jason White, accusing White of sexually assaulting a minor. The plaintiff’s attorney, Kevin Glasheen, says Dr. White “apparently has a porn business,” which they have alleged in the lawsuit. “He’s offered money to minor children for them to produce pornography. He’s touched children inappropriately. And this is apparently, according to the evidence that we’ve discovered, has been going on a long time and is widespread conduct that involves a lot of other people,” Glasheen said in a news conference Thursday afternoon.
They are suing White for at least $10 million.
The civil suit may not be resolved for a year and a half, because of the federal and state cases against White.
In the federal and state court documents, both complaints make mention of other adult males who may be involved in the sharing of child pornography with White. During a news conference with Glasheen, he said, “We do have some idea, and it does, potentially, involve some very prominent people. And I will say that because it is such a strong accusation and allegation that, you know, we’re not prepared to name those people at this time. I’d like to go through the discovery process in the civil case, that means taking depositions of obtaining documents, and then we’ll see what kind of evidence the law enforcement authorities have. Once Dr. White is indicted and the law enforcement authorities, the prosecutors, will have to hand over their evidence to him. That’s called Brady material, where defendants are allowed to see what the law enforcement has in a criminal case - criminal discovery they call it - and he’ll get that material and then we will get it from him. We’re entitled to get that information from Dr. White. So we’ll have all the federal evidence at that point. Until then, we can attempt to take deposition testimony from both Dr. White and his partners. I expect him to plead the fifth. It will be interesting to see who else pleads the fifth as we move along through our process of taking issuing subpoenas and setting up depositions.”
Local