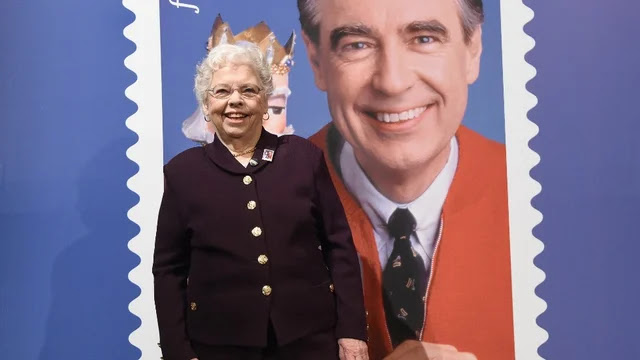 Joanne Rogers, pianist and widow of the children’s television host Fred Rogers, died this week at the age of 92, Fred Rogers Productions and the McFeely-Rogers Foundation announced Thursday.
“Fred Rogers Productions is deeply saddened by the passing of Joanne Rogers. The loving partner of Fred Rogers for more than 50 years, she continued their shared commitment to supporting children and families after his death as chair of the board of Fred Rogers Productions,” Fred Rogers Productions said in a statement to Pittsburgh radio station KDKA.
“Joanne was a brilliant and accomplished musician, a wonderful advocate for the arts, and a dear friend to everyone in our organization. We extend our heartfelt condolences to Joanne’s family and the thousands of people who had the privilege of knowing and loving her.”
Joanne Rogers was married to Fred Rogers, the host of the classic children's show “Mister Rogers’ Neighborhood” for 50 years before he died in 2003. Joanne worked to continue her husband’s legacy and help young filmmakers learn more about film and media.
Joanne Rogers lived in Pittsburgh, Pa.
Pittsburgh Mayor William Peduto (D) released a statement following news of her death saying she "personified what we love about the City of Pittsburgh."
Joanne Roger's life caught the spotlight recently after a biopic of her husband's life starring Tom Hanks, "A Beautiful Day in the Neighborhood" was released in 2019.
In 2020, Joanne Rogers made news when she called President Trump "just a horrible person."
“I think maybe the fact that Mr. Trump seldom tells the truth,” she told the Daily Beast. “If he does, it’s just a fluke, I think. But the fact [is] that I can’t believe anything he says, not even the simplest thing.”
In the same interview, she said she was a "very big Biden fan.”
“I think we all need somebody like Biden who can give us little pats on the back," she added.
After the interview was released, then-candidate Joe Biden called Joanne while campaigning near the home of Fred Rogers.
National