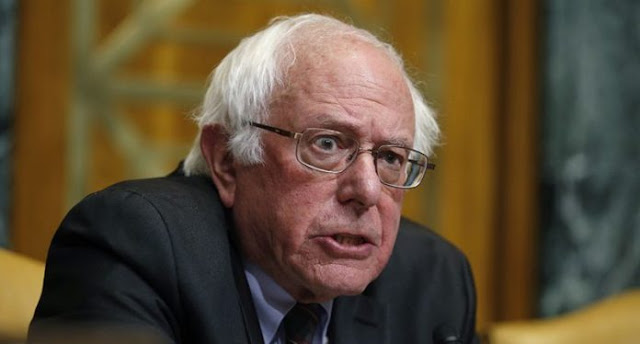 Who would you rather have write the U.S. Senate’s next budget — Lindsey Graham or Bernie Sanders?
This is among the choices before Georgia’s voters on Tuesday. Democratic challengers Jon Ossoff and Raphael Warnock respectively face incumbent Republicans David Perdue and Kelly Loeffler in high-profile, high-stakes runoff elections for the U.S. Senate. These twin races will determine whether Republicans maintain a one- or two-seat majority in the upper legislative chamber or, if Ossoff and Warnock prevail, Democrats take control, along with holding the House of Representatives and White House.
If Democrats capture the Senate and make New York’s Chuck Schumer majority leader, they also will chair the Senate’s committees.
Both parties await the results before naming anyone to lead any panel. Also, a certain amount of musical chairs will ensue, as senators with seniority choose among multiple chairmanship opportunities. Still, news accounts and informed speculation allow plausible assumptions of who will run things, under continued Republican stewardship or a Democratic mandate.
Tuesday’s fork in the road could not offer two more distinct paths. Among ten top Senate committees, the average lifetime American Conservative Union rating for a potential GOP chairman is 87.41. Should current ranking Democrats become chairmen, their average ACU rating would be 5.66. This contrast is even starker than when I conducted this exercise in 2018: Those corresponding figures were 85.34 and 7.10.
If Republicans keep command, these committees will be marginally likelier than today’s to pursue conservative objectives of individual freedom, limited government, free enterprise, and peace through strength. If Democrats take power, however, Americans should brace for a jump to the left. Senate panels will become rocket engines for curbing liberty, swelling the state, shackling the economy, and appeasing America’s enemies.
If Republicans decide committees’ agendas, they most likely will investigate the deep-state genesis of the synthetic Russiagate non-scandal that hounded President Donald J. Trump for three excruciating years. Republicans almost surely will probe Hunter Biden’s mangy business affairs and any benefits that possibly flowed to his father. And Senate sleuths likely will address the myriad irregularities and vote-fraud allegations from November’s elections.
If Democrats manage the Senate’s committees, they will bury each of these scandals in an unmarked grave and never look back.
The Budget Committee will be chaired either by the aforementioned South Carolina Republican Lindsey Graham (ACU rating 79.57) or Vermont’s socialist heartthrob, Bernie Sanders (ACU 6.54). His budgets almost certainly will include his lifetime pet project: Medicare for All. And much, much, much, much, much more.
The Health, Education, Labor, and Pensions Committee most likely will be chaired either by stalwart libertarian Republican Rand Paul of Kentucky (96.43) or hardcore Washington liberal Democrat Patty Murray (2.43). Paul would offer dazzling free-market reforms and dogged oversight of D.C.’s most lumbering bureaucracies. Big Government would stay pricey and unproductive under the studiously mindless spendthrift Murray.
The Judiciary Committee probably will be helmed by Texas Republican John Cornyn (88.36) or Illinois Democrat Dick Durbin (4.52). Durbin is school choice’s natural enemy. If he can use that panel to torpedo the D.C. Voucher Program and similar initiatives, he will. This committee’s distinct approaches to judicial nominees under Chairman Cornyn or Chairman Durbin should be self-evident.
Tuesday’s choice is as dramatic as America’s fruited plains versus the downward-spiralism of left-wing big cities. Republicans, independents, and Democrats dismayed by their party should run, not walk, to the polls and spare the Republic such Democrat domination of the Senate and its committees. Kelly Loeffler and David Perdue’s victories would keep Bernie Sanders, Patty Murray, Dick Durbin, and their ilk snarling but, essentially, toothless.
Opinion