Groups gather for and against abortion in Lubbock 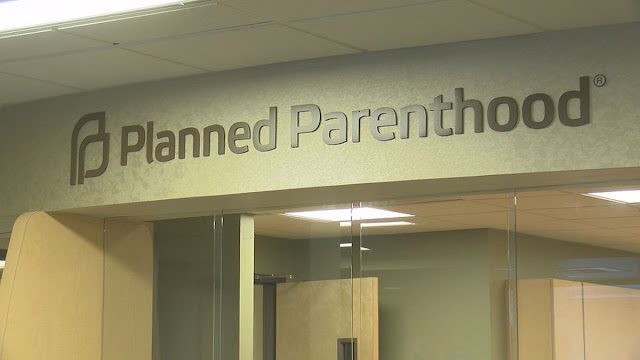 Hundreds in Lubbock gathered on Friday afternoon to march for life.
The pro-life event, put together by the Lubbock Area Republican Women, began in front of the new Planned Parenthood in the medical district.
Its return to town sparked a renewed pro-life movement last year.
"It is not women's health care. Abortion is murder, plain and simple, and we want to end that in our city," President of LARW Chalon Goodley said. "We're not trying to run Planned Parenthood out of here, we're trying to end the slaughter of innocent babies in our city," she added.
"This whole thing about Black Lives Matter. I heard that and I asked them 'which black lives matter?' Since 1973 - Roe v. Wade -- 20 million black babies have been murdered in the womb," chairman of the Republican Party of Texas Allen West said.
Anti-abortion advocate, State Senator Charles Perry and director of "Right to Life East Texas" Mark Lee Dickson were also seen at the event.
Both have pushed for the Sanctuary City for the Unborn ordinance over the last several months.
That will go to a public vote in the Spring.
Other speakers came from out-of-town.
Including national spokesperson and OB-GYN Dr. Karysee Trandem, from Naples, Florida.
"That is my passion to help women make the best choice for themselves, and for their future families," Trandem said. "That really is choosing to protect their bodies and choose life."
A little less than 2 miles away, dozens formed the "Peace, Love and Reproductive Rights" rally, a direct counter protest of the Lubbock March For Life.
"It's not my Lubbock, it's not what I love about this city, it's not the place that I'm choosing to raise my family," co-organizer Kate Peaslee said.
Peaslee says she wanted to show the community that there are others on the opposite side of the argument.
"It seems like it's everywhere, that they have this narrative that all of Lubbock feels the way that they do. And that is really just, not true," she said.
"I think there are several freedoms that are at stake in these days. One of them is the freedom for a woman to choose," pro-choice advocate Barry Keith said. "I very much think the government should stay out of those issues."
Many wore pro-Planned Parenthood masks in support of the non-profit's work.
"It's a job of passion. They do this because they feel that communities need this and to have people in town be so negative toward them, we just want to show them the opposite, that we're not all like that," demonstrator and Texas Tech student Alfonso Islas said.
More demonstrations are expected in the coming months, on both sides, as May's special election on the Sanctuary City for the Unborn ordinance moves closer.
Local