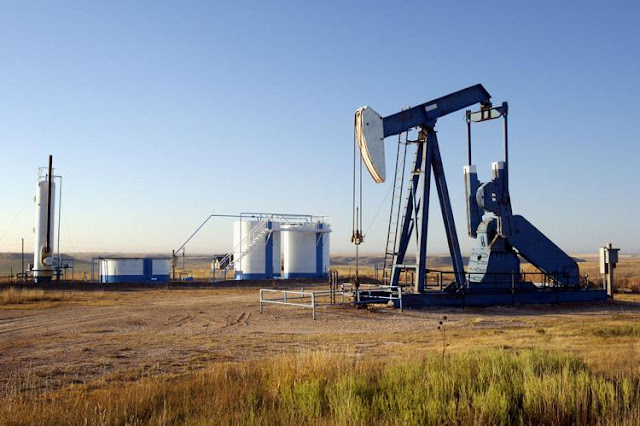 By Bethany Blankley
President Joe Biden’s plan to halt leasing of federal land to oil and gas development and to prohibit issuing new permits was quickly met with a lawsuit from Denver-based Western Energy Alliance as industry executives from Louisiana, New Mexico, Texas and Wyoming met to discuss how to address the potential fallout.
Then on Thursday, Texas Gov. Greg Abbott issued an executive order in an attempt to protect the industry from what he said is federal overreach.
The order directs every state agency to use “all lawful powers and tools to challenge any federal action that threatens the continued strength, vitality, and independence of the energy industry,” according to a statement from the governor’s office. Under the order, agencies are directed to identify potential litigation, notice-and-comment opportunities, and any other means to prevent federal overreach within the law.
"Texas is a pro-energy state, and we will not sit idly by and allow the Biden administration or local governments to destroy jobs and raise energy costs for Texas families," Abbott said at a news conference Thursday in Odessa. "My executive order will help ensure that the federal government cannot take away the livelihoods of Texans who work so hard to provide our state and our nation with the energy we need."
Last July, former President Donald Trump visited Odessa to sign extended permits “granting approval to vital pipeline and railway infrastructure” along the U.S.-Mexico border. The two permits would allow the export of Texas crude oil to Mexico, which at the time analysts were uncertain would help Texas recover from what had been a “bloodbath” from March to June after Abbott shut down the state.
Prior to Biden’s order, much of the oil and gas industry in Texas was ground to a halt by Abbott’s first executive order issued in March. By June, Texas led the nation in oil and gas bankruptcies. Oil and gas activity “suffered a bloodbath of sorts in April as the state began to register the full effects of the Covid-19 lockdowns, with upstream jobs tumbling to the largest monthly decline on record,” Natural Gas Intel reported.
But according to a Federal Reserve Bank of Dallas report, the signs of the bloodbath existed before the governor’s order, or the order compounded an existing problem created by a Russian-Saudi Arabian oil production war. In December 2019, before the pandemic, the Dallas Fed doubled its estimates for job losses through October 2020 due to volatile oil prices. It expected roughly 8,100 job losses in Texas’ oil and gas sector, the largest oil producer in the nation.
But within a few months, a loss of 8,100 projected jobs exploded to significantly more than that after Abbott placed restrictions on businesses reportedly to slow the spread of the coronavirus, and oil prices continued to hit rock bottom lows, according to forecasts projected by the Perryman Group.
After the state shut down in mid-March, wells closed, rigs stopped operating and tens of thousands of workers were immediately laid off. Texas' oil output fell in March by an estimated 235,000 barrels a day, the largest monthly decline ever recorded, according to the Texas Alliance of Energy Producers (TAEP).
TAEP also reported last July that the industry had already been struggling before March. From December 2018 to June 2020, direct upstream oil and gas employment in Texas fell by nearly 30 percent.
Despite the industry’s major losses in fiscal year 2020, it still paid $13.9 billion in state and local taxes and state royalties – the equivalent of $38 million a day. The funds directly support teachers, schools, roads, infrastructure, and essential services, the Texas Oil & Gas Association (TXOGA) argues.
The industry also paid over $2 billion directly to Texas school districts, over $688 million directly to Texas counties in property taxes, contributed $1.6 billion to the state’s Rainy Day Fund, and employed over 400,000 Texans with an average salary of $128,000.
“Attempting to phase out oil and gas simply undermines all of these benefits for which there are no readily available alternatives,” Todd Staples, president of TXOGA, said.
But if fully implemented beyond 60 days, Biden’s plan “not only threatens thousands of the best paying jobs but needlessly erases much-needed revenue that helps pay for schools and other essential services,” Staples argued. “Research indicates Texas would lose more than 120,000 jobs by 2022 and lose $65 million annually in revenue from the industry should this be carried out long-term.”
Local Texas