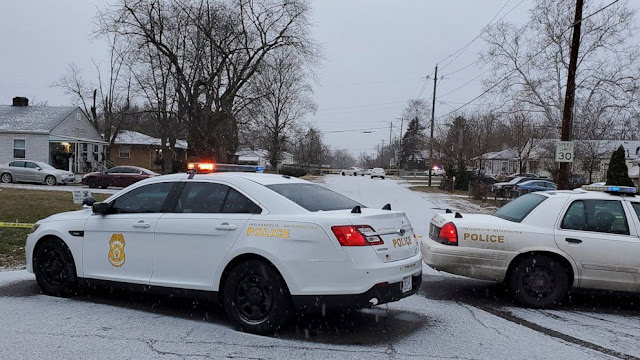 Five people and an unborn child were killed Sunday in Indianapolis in what law enforcement officials are calling the city’s "largest mass casualty shooting in more than a decade."
Indianapolis Metropolitan Police Department (IMPD) officers responded to the shooting, which occurred on the capital city’s northeast side, early Sunday morning. Officers received a report of a person shot just before 4 a.m. and came across “a juvenile male with apparent gunshot wounds,” IMPD spokesman Shane Foley told reporters, according to CNN.
Officers were then led to a residence less than a block away, where they found five people, including a pregnant woman, dead with gunshot wounds.
"Despite the best lifesaving efforts provided by medical staff, both the female and the unborn child did not survive," Foley said, according to CNN. "The juvenile male that was shot is expected to survive his injuries."
Law enforcement officials have not named any suspects as of Sunday night and said that there may be more than one shooter, according to multiple reports. Foley said that the shooting “does not appear to be a random act.”
“What we saw this morning was a different kind of evil,” Police Chief Randal Taylor told reporters Sunday, according to multiple reports “What occurred this morning based on the evidence that’s been gathered so far was a mass murder.”
Indianapolis Mayor Joe Hogsett (D) told reporters on Sunday that "This morning, one or more individuals perpetrated an act of evil in our city."
"While we're still learning more about the circumstances that led to this incident, I want to be very clear about something: What happened this morning was not an act of simple gun violence. ... What happened this morning was a mass murder,” he said.
National