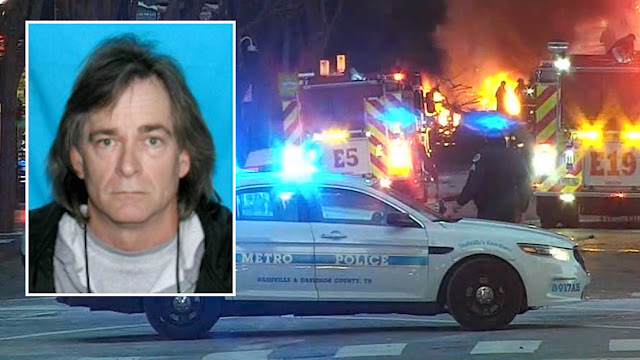 The FBI is looking to speak with anyone who may have received materials from the man who authorities allege detonated a bomb in downtown Nashville, Tenn., on Christmas day.
The agency said it was aware that 63-year-old Anthony Q. Warner sent materials to several acquaintances across the country.
"We're aware the suspect sent materials which espoused his viewpoints to several acquaintances throughout the country,” Special Agent Jason Pack said in a statement.
“Were asking those who received these to contact the FBI at 800-CALL-FBI,” the statement continued. Pack did not specify what Warner may have sent.
Officials confirmed that Warner was the suspect two days after the bombing, adding that he died in the explosion.
Authorities indicated that he wasn’t on their radar prior to the bombing, but a police report released Tuesday revealed that Warner’s girlfriend warned he was making bombs out of his RV in August 2019.
The Metro Nashville Police Department released bodycam footage on Thursday that documented the moments leading up to the explosion, which injured eight individuals and damaged roughly 40 buildings.
The explosion also disrupted AT&T communications across several states and temporarily grounded flights from Nashville’s airport.
National