Fatal shooting of Army drill sergeant in Texas under investigation 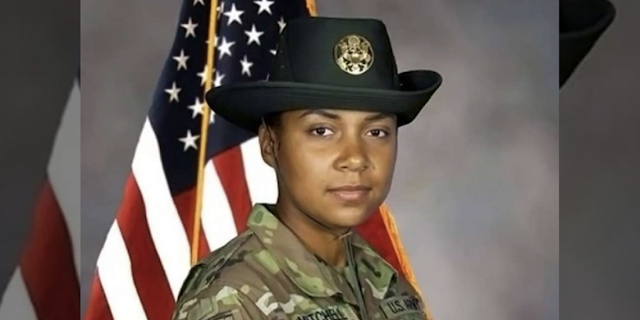 Military officials said on Saturday that a U.S. Army drill sergeant was found shot to death in San Antonio, reports NBC.
Joint Base San Antonio-Fort Sam Houston said in a statement that 30-year-old Jessica Mitchell was “the victim of multiple gunshot wounds.”
Mitchell’s sister, Ashley Mitchell, told local NBC-affiliate WOAI that her sister had made a social media post about the new year just hours before her body was found.
According to WOAI, Mitchell’s body was found on New Year’s Day around 2:30 a.m. Burrell noted that Mitchell’s brother, Justice Mitchell, was also shot to death in 2017 at the age of 18.
"Why would anybody want to do this?" Ashley Mitchell said. "Why do people do such heinous acts of crime for no reason?"
According to military officials, the Army’s Criminal Investigation Division and the San Antonio Police Department are investigating Mitchell's death.
Mitchell worked as a dental specialist, NBC reports, and had been working at the U.S. Army Medical Center of Excellence since August 2019.
This incident occured less than a year after the body of 20-year-old Pfc. Vanessa Guillen was found in April. As NBC News notes, Spc. Aaron Robinson was a suspect in Guillen's death before he shot and killed himself.
In December, multiple officers and soldiers were fired from Fort Hood in Texas following an investigation that unveiled widespread sexual harassment, suicides and murders.
Texas