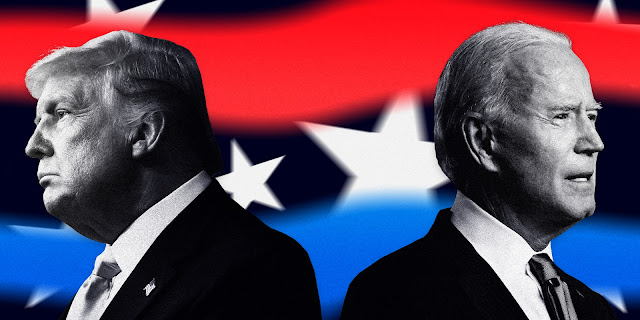 President-elect Joe Biden on Friday said that he was glad that President Trump would not attend his inauguration later this month, calling the president an “embarrassment” who is unfit to serve.
“It’s a good thing, him not showing up,” Biden told reporters in Wilmington, Del. The remarks represented a reversal for Biden, who last month said that it was important for the country that Trump attend the inauguration.
“He has exceeded even my worst notions about him. He has been an embarrassment to the country, embarrassed us around the world. Not worthy, not worthy to hold that office,” Biden continued.
Trump announced on Twitter earlier Friday that he would not attend the ceremony, a decision that was anticipated by the president’s allies.
Biden’s remarks came two days after a mob of Trump supporters stormed the U.S. Capitol after the president encouraged them to join his futile effort to contest the election results. The violent episode has left five dead, including a Capitol police officer, and sparked broad condemnation of Trump.
The House is seriously considering impeaching Trump a second time in the wake of the events. Biden refused to take a position on whether Trump should be impeached on Friday, leaving the choice up to Congress and saying he was focused on his inauguration on Jan. 20.
“If we were six months out, we should be doing everything to get him out of office – impeaching him again, trying to invoke the 25th amendment, whatever it took to get him out of office,” Biden said. “But I am focused now on us taking control as president and vice president on the 20th and to get our agenda moving as quickly as we can.”
Biden said that he had long been saying that Trump was unfit to serve and called him “one of the most incompetent presidents in the history of the United States of America.”
Biden later said that Vice President Pence was “welcome” to come to the inauguration, describing it as an “honor” to have him there. He said the two have not spoken; Pence is expected to attend in some capacity.
Pence presided over a joint session of Congress as lawmakers counted the Electoral College votes affirming Biden’s win earlier this week, a proceeding that was delayed by the riots at the Capitol. Pence was forced to evacuate the Senate chamber when the rioters broke into the building.
National