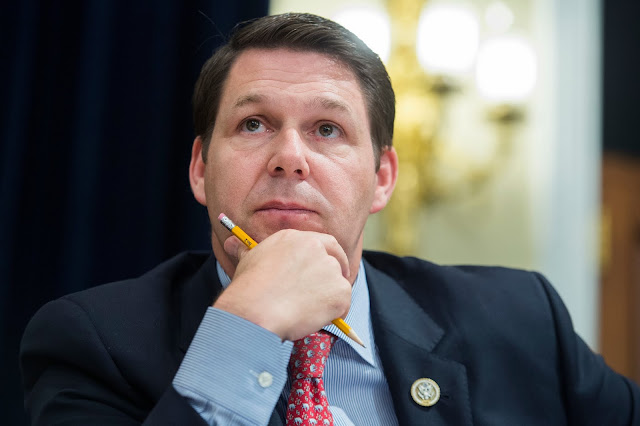 In a letter to the Speaker of the House today, Congressman Jodey Arrington announced his decision to object to the Electoral College certification.
In a joint session on Wednesday, Congress will go state-by-state certifying the electoral college votes. Any objections must be supported by one member from each chamber.
The House and Senate will separate for a two-hour debate then reconvene for a vote to sustain that objection.
Lubbock Representative Jodey Arrington says there are tens of millions of Americans who are disenfranchised by 2020′s election.
Arrington says, “I have to do what is, what I believe is right, according to my conscience, to my constituents, and most importantly to the constitution.”
While he is concerned about irregularities and fraud, the basis for his objection will be changes made to Election Law.
He says several states departed from the Constitution, allowing governing bodies outside of state legislatures to make these changes.
“It’s not just about the outcome of this election. More importantly it’s about not having a bad precedent and ruining the integrity of all future elections,” he said
Arrington says it is unlikely the objections will be sustained, but it’s his job to convince as many legislators as he can to disqualify these state’s votes.
In a statement emailed on Tuesday afternoon, Arrington said:
"The law is clear about my authority and responsibility in tomorrow's proceedings, and the Constitution and prior court rulings are unambiguous: only state legislatures can make election laws – not Governors, Secretaries of State, courts, or election officials," said Arrington.
"Tomorrow, I will object to certifying votes from states I believe clearly violated the Constitution in the 2020 Presidential Election.
"I swore an oath to 'support and defend the Constitution' and 'faithfully discharge the duties of the office.'
"While I have grievances about the outcome of this election, my chief responsibility is protecting the integrity of all future elections. This is not about being loyal to a President or political party, it is about fidelity to Rule of Law, the Constitution, and my conscience."
Congressman Arrington is a member of the U.S. House of Representatives serving the Nineteenth Congressional District of Texas. He serves as a member of the House Ways and Means Committee.
Texas