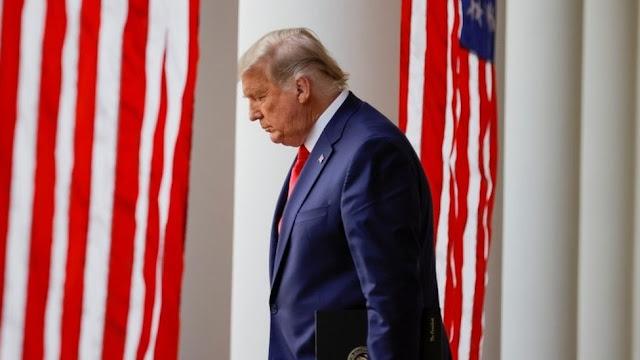 Calls for President Trump’s removal under the 25th Amendment grew louder Thursday in response to the deadly mob attack on the Capitol by pro-Trump rioters.
The rarely invoked 1967 amendment to the Constitution is the primary means for ensuring the government remains in operation if a sitting president is deemed unable to perform their duties while in office.
Trump’s remaining time in the White House is down to a matter of days, with President-elect Joe Biden’s inauguration slated for Jan. 20. But alarm over the prospect that Trump could incite more violence or plunge the country into a national security crisis during that brief period has prompted a closer look at the amendment's so-called “involuntary removal mechanism.”
Although the 25th Amendment has been invoked several times as a way to temporarily transfer power to a vice president while a president undergoes a medical procedure like surgery, it has never been used to remove a president from office against his will.
By Thursday afternoon, just 24 hours after rioters stormed the Capitol, Senate Minority Leader Chuck Schumer (D-N.Y.) and Speaker Nancy Pelosi (D-Calif.) had both embraced using the constitutional mechanism to bring about a premature end to Trump’s presidency. The Democratic leaders pushed for Trump’s Cabinet to remove him, or failing that, for Congress to consider doing so through impeachment.
“What happened at the U.S. Capitol yesterday was an insurrection against the United States, incited by the president,” Schumer said in a statement. “This president should not hold office one day longer.”
Some Republicans joined the chorus of Democrats in calling for the 25th Amendment to be invoked.
Rep. Adam Kinzinger (R-Ill.) on Thursday became the first GOP lawmaker to call for invoking the Constitution’s presidential removal mechanism, laying blame for Wednesday’s insurrection at the feet of the president.
"Here’s the truth: The president caused this. The president is unfit and the president is unwell. And the president now must relinquish control of the executive branch voluntarily or involuntarily," Kinzinger said in a videotaped statement. “It's time to invoke the 25th Amendment and to end this nightmare.”
Republican support for the effort came from beyond Washington as well.
Maryland Gov. Larry Hogan (R) on Thursday said the U.S. would be “better off” if Trump either resigned or was removed from office to allow Vice President Pence to serve out the final days of the president’s term.
The involuntary removal provision — Section Four of the amendment — authorizes the vice president and a majority of Cabinet members to declare a president “unable to discharge the powers and duties of his office.” If used successfully against Trump, it would elevate Pence to the position of acting president.
But the statute also allows for a sitting president to challenge his Cabinet’s determination — a complicating factor that has caused even some of Trump’s fiercest critics to dismiss the approach as impractical given the short timeframe.
To retake the reins of power, Trump would only need to declare to congressional leaders that he is able to do so. To override Trump’s challenge, the Cabinet would again have to declare him unfit, only this time with backing by a two-thirds vote in both the House and Senate.
Some of Trump’s staunchest opponents say it’s absurd to think such a cumbersome process could succeed in stripping Trump of his power before Inauguration Day. John Bolton, Trump’s onetime national security adviser-turned-critic, said attempting to remove Trump at this late stage could make the nation’s problems worse, rather than better.
"Section Four of the 25th Amendment, which I guess is the flavor du jour, is probably the worst written provision of the Constitution,” Bolton told The Hill. “It has never been used before, and the idea that you’re going to try to trigger it now for the first time and risk having two presidents simultaneously I just think is a fool’s errand."
The amendment owes its seemingly esoteric design to its historical roots, which first took hold after the 1963 assassination of President Kennedy. His shocking death, and the feeling of national vulnerability it stirred, raised concerns about the adequacy of the country's contingency planning.
The 25th Amendment’s give-and-take between the Executive Branch and Congress is meant to achieve a smooth transition of power in the event that a president was rendered physically incapacitated and unable to discharge their presidential duties.
"These proposals were influenced by the sense at that time that, if Kennedy had lived, the country would have had to deal with the problem of presidential inability in a most tragic setting," wrote John D. Feerick, a law professor at Fordham University and scholar of the 25th Amendment.
In that spirit, one provision of the amendment allows the president, on his own initiative, to transfer power to the vice president on a temporary basis. That happened twice during the presidency of George W. Bush, who briefly transferred authority to Vice President Dick Cheney while he underwent colonoscopy procedures. Bush resumed his powers shortly thereafter.
According to legal scholars, however, the framers of the amendment intentionally left the text vague to allow for flexibility, including invoking the amendment in cases where a president is simply unfit to carry out his official functions.
National