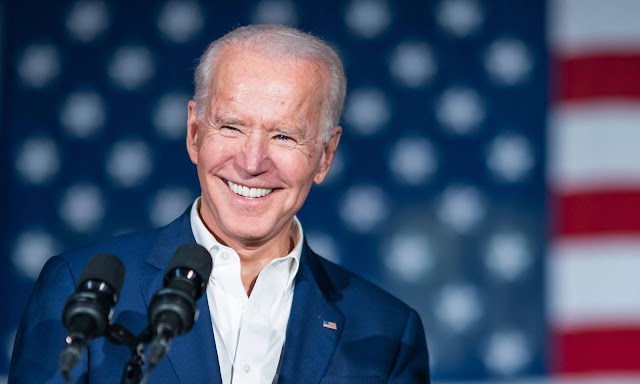 Almost a week after being sworn in, President Biden is seeing his Cabinet start to come together.
The Senate confirmed Antony Blinken, one of Biden’s longtime advisers, as secretary of State in a 78-22 vote Tuesday, making him the president’s fourth nominee to be approved by the upper chamber.
The Senate has also confirmed Treasury Secretary Janet Yellen, Defense Secretary Lloyd Austin and Director of National Intelligence Avril over the last six days in broad bipartisan votes.
But Biden is still missing permanent officials to helm the key departments of Justice, Homeland Security and Health and Human Services (HHS), as well as the CIA – let alone deputy positions across government that also need Senate-confirmed officials.
Historically, presidents have seen their senior team confirmed more quickly than Biden. George W. Bush, Barack Obama and Donald Trump each had multiple secretaries confirmed on the day of their inauguration, while Biden had just one in Haines, who was confirmed last Wednesday evening.
“It’s lagging if you go back to the three previous administrations,” said Kathryn Tenpas, a nonresident senior fellow at the Brookings Institution who tracks administration staffing and turnover rates.
The vacancies in Biden’s administration come at a time when the federal government is contending with multiple crises. Biden has installed acting officials across government in order to keep agencies running as the president waits for his personnel to be confirmed to permanent positions.
Tenpas said that there are some 4,000 political appointments across government, between 1,200 and 1,300 of which require Senate confirmation, meaning that Biden has been able to put many officials in place despite a lack of confirmed agency heads at this stage.
“There are Biden people in each of these departments now,” Tenpas said, but she noted that agencies are limited in what they can execute without a confirmed leader. “If there’s not a leader at the top, it’s harder to plan for the future.”
Additional votes are expected in the coming days. The Senate Homeland Security Committee advanced the nomination of Alejandro Mayorkas for Homeland Security secretary on Tuesday despite a request by some Republicans to delay the nomination, meaning a full Senate vote on his nomination is likely later this week.
Former national security officials from Republican and Democratic administrations have called for Mayorkas’ swift confirmation, given the current security challenges facing the country.
Transportation secretary nominee Pete Buttigieg and Commerce secretary nominee Gina Raimondo have sat for hearings, while Energy secretary nominee Jennifer Granholm and Housing and Urban Development secretary nominee Marcia Fudge are each scheduled to appear before lawmakers this week.
The effort to install officials across government was likely impacted by the delay in ascertainment of Biden’s win by the General Services Administration (GSA) last year as former President Trump disputed the election results, experts say. The FBI began working with the incoming administration to process background checks after the GSA formally acknowledged Biden’s victory in late November, nearly three weeks after the election.
In some cases, the process is on hold over paperwork for nominees who were announced later than others. A Judiciary Committee aide said the panel is awaiting a response to paperwork from Merrick Garland, Biden’s nominee for Attorney General, that was sent to him on Jan. 7, the day Biden announced he would be nominated.
A Senate Intelligence Committee aide similarly said lawmakers are awaiting paperwork from William Burns, Biden’s choice to helm CIA, and that a nomination hearing was likely to happen in early February. Biden announced Burns as his nominee for CIA director on Jan. 11.
Meanwhile, an aide to the Senate Committee on Health, Education, Labor and Pensions suggested that a hearing for Xavier Becerra, Biden’s nominee to lead HHS, would not be scheduled until after the upper chamber came to an agreement on power-sharing in the 50-50 Senate.
“The committee is ready to go with an aggressive schedule of hearings once the Senate organizes, with nominations being a top priority,” the HELP committee aide said.
The organizing agreement had been held up as Senate Minority Leader Mitch McConnell (R-Ky.) sought a protection for the legislative filibuster, though he relented on Monday evening.
Until an agreement is reached, Republicans remain in control of the committees even though Democrats maintain a slim control of the chamber with Vice President Harris serving as a tie-breaking vote.
The nominations may move more quickly once Democrats assume control of various panels. While some of Biden’s nominees have received bipartisan support, others, including Becerra, have prompted pushback from Republicans.
In addition to balancing work on confirmations, the Senate is also poised to take up an impeachment trial of former President Trump in about two weeks which will take away time from work on Biden’s agenda. Biden is also negotiating with Congress over his $1.9 trillion stimulus proposal.
Senate Majority Leader Charles Schumer (D-N.Y.) has expressed confidence that the upper chamber can balance its work.
“As I have been saying all along, the Senate will deal with three things simultaneously: nominations -- we’re working to confirm more nominees this week; a fair impeachment trial; and delivering emergency COVID relief,” Schumer told reporters Tuesday afternoon.
National